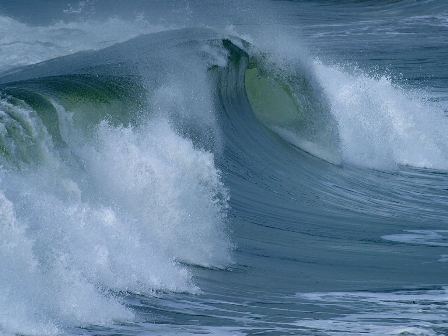 Tidal lagoon projects could provide billions of pounds to manufacturers in the UK’s so-called ‘Northern Powerhouse’.

That was the conclusion of a summit held at Sheffield Forgemasters, the steelmaker that makes many small and large components and structures for the energy industry.

The Northern Powerhouse is a project launched by former Chancellor George Osborne and continued by the existing Conservative government, in which the aim is to reposition the UK economy away from London and the south east towards England’s traditional manufacturing cities in the north of the country, including Manchester, Liverpool, Leeds and Sheffield.

The summit was organised to coincide with a visit to Sheffield Forgemasters by Charles Hendry, the former UK energy minister who is now charged with evaluating the viability of British-made tidal power platforms for a government review.

Hendry heard representations from dozens of engineering business leaders said afterwards: “The key considerations around the viability of tidal lagoons are whether they can play a role in the mix of energy provision for the UK and if so, how can they be delivered?

“This summit is an important opportunity for me to hear representations from engineering companies and to establish how much of the supply chain can be sourced within the UK.

“We often see large infrastructure projects in the UK, which are funded by the taxpayer, being outsourced to overseas providers and if this project is to go ahead, we need to ensure that the UK can gain maximum benefit.”

He said Sheffield Forgemasters has shown “incredible enthusiasm for this concept and it possesses a comprehensive set of specialised skills and facilities to manufacture some of the largest key components for the type of turbines required on projects like these”.

Gareth Barker, group operations director at Sheffield Forgemasters International, said that “the value of tidal lagoon energy to companies like ours is vast, not just in terms of monetary value, but in relation to long-term planning, succession planning, skills development, research and development and apprenticeships and jobs.

“Potentially, a UK-lead project of this kind could provide decades of work for this business and many other manufacturers in this country and the overseas market could be huge.”

Planning permission has already been granted for a tidal lagoon project at Swansea Bay in Wales, which would be followed by much larger lagoons in other Welsh locations such as Cardiff Bay and Colwyn Bay.