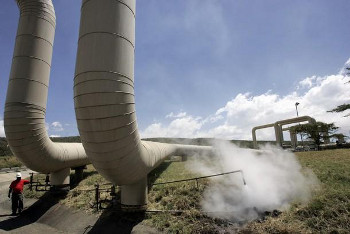 Sub-Saharan Africa is to commission around 1.8 GW of renewable power capacity this year, new analysis has found – more than the total amount added in 2000-2013.

A statement from Bloomberg New Energy Finance estimates this year’s investment in the region, with a focus on South Africa, Kenya and Ethiopia, at $5.9bn, and predicts that this amount will rise to $7.7bn in 2016. According to BNEF, the average investment per year between 2006 and 2011 was $1bn.

Victoria Cuming, an analyst with BNEF, said in the statement that “what is different now is the breadth of activity, with wind, solar and geothermal exciting interest in many different countries, and the potential for further growth.” Geothermal power is set to be the largest growth area, with wind and solar power projects following.

“The advance of renewable energy in Africa reflects a combination of growing local need for power and awareness that the cost per MWh of clean options such as wind and photovoltaics has declined sharply over recent years,” BNEF said.

Of the three countries BNEF focused on, South Africa is expected to install around 3.9 GW of largely wind and solar power between 2014 and 2016. During that time Kenya will install 1.4 GW, BNEF predicts, while Ethiopia is to install 570 MW of mostly geothermal and wind power.