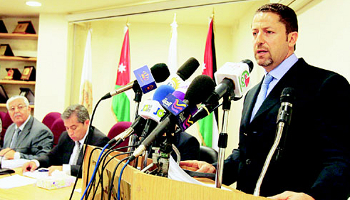 The Kingdom of Jordan is looking to generate up to 1000 MW by 2018 from renewable power projects and has signed 30 agreements with the private sector, as the Middle Eastern nation looks for relief from its economic difficulties.

Included are potential contracts for a 10 MW solar plant in north Amman and a 117 MW wind farm southern city of Tafileh.
According to Energy Minister Alaa Batayneh, the first wind power plant on the menu is expected to be turning within 18 months and will cost $19m while the 117MW wind farm in the south, is expected to cost $290m on completion in 2014.

The Kingdom has scarce natural resources and has to import much of its fuel from neighbouring countries, a situation which has put severe pressure on the national economy.