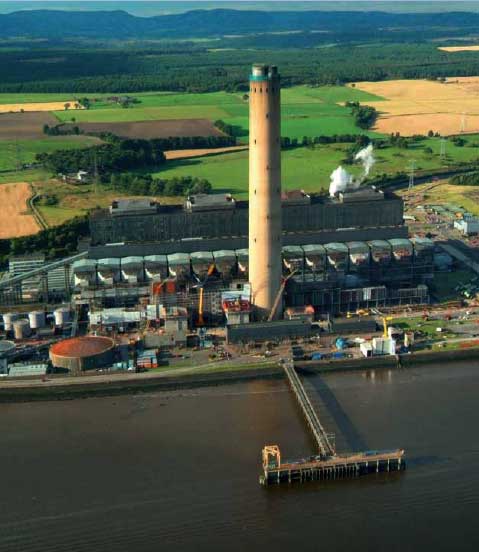 The last coal-fired power plant in Scotland, Longannet, is to close next year.

Operator ScottishPower today announced that the power station – which employs 236 staff – will shut down on March 31 after 46 years of operation. It was previously due to close in 2020.

ScottishPower had warned in March that an early closure was likely and today said that “the combination of high carbon taxes and high transmission charging means that running a thermal plant in Scotland is uneconomic”.

Neil Clitheroe, chief executive of retail and generation at ScottishPower, said the closure was “is a sad day for ScottishPower, and for our highly-skilled and committed team at Longannet”.

He said ScottishPower had “explored every potential option to keep the station open, and we still maintain that Longannet could continue generation in to the next decade under the right economic conditions”.

ScottishPower has also today confirmed that it is scrapping plans for the the development of a CCGT plant at Cockenzie.

The company stressed that it still has “major investment plans” for Scotland and the rest of the UK, which involve £8bn to be spent over the next five years mainly on renewables and networks.

The closure has been criticised by the union Prospect, which represents many of the plant’s employees. Its negotiator Richard Hardy said the shutdown was “a body blow” for the plant and also for “Scotland’s hopes of remaining self-sufficient in energy generation”.

“It is extremely disappointing that, despite the efforts of Scottish Power and the Scottish government, it has not been possible to put in place ways of keeping Longannet open until its original planned closure date of 2020,” he said.

He said Longannet had paid the price “for a mechanism that rewards companies building power stations near to London and penalises those in Scotland. Scotland generates 12 per cent of the UK’s total power yet pays 35 per cent of the transmission charges. That is not a good deal for either companies or the customer.”

Scotland’s Energy Minister Fergus Ewing said that the closure was “deeply regrettable and has far reaching consequences for Scotland”.

He said the Scottish government was establishing a taskforce to develop an “action plan to mitigate the impacts of the closure locally and across the supply chain”.

Ewing said today’s decision was “ultimately an unfortunate and direct result of the UK’s discriminatory transmission charging system that penalises Scottish electricity generators in comparison to those in the south of England.

“In Longannet’s case the extra charges amount to £40 million per year. However, despite raising our concerns repeatedly with the Prime Minister, absolutely nothing has changed.