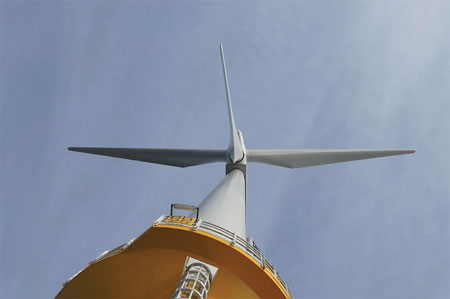 The UK this week set a record for its windpower output.

On Wednesday the country’s onshore and offshore windfarms generated more than 10 GW of electricity for the first time, according to National Grid.

This equated to wind providing 23 per cent of Britain’s total electricity demand at the time.

Emma Pinchbeck, executive director of trade group RenewableUK, said that the new record “shows that wind is playing an increasingly central role as a reliable part of our new modern energy system”.

Juliet Davenport, chief executive of renewable power utility Good Energy, which owns the UK’s first commercial wind farm in Cornwall, said: “This is a fantastic achievement for wind power and for renewables in the UK. Wind has transformed the way the UK has sourced electricity in recent years, so this is a great cause for celebration.

“This shows that the transition from big old-fashioned power stations to local, decentralised renewable sources is here. The move to a 100 per cent renewable future is possible and definitely within Britain’s grasp.”