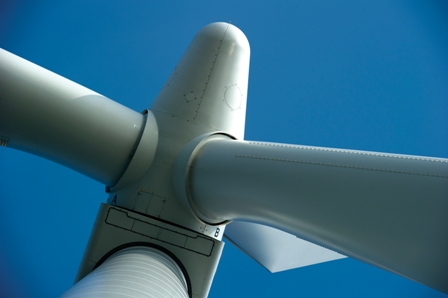 The UK generated more than 6 GW of electricity from wind power today for the time.

According to data from National Grid, from 14.00-15.30 hrs, wind power produced an average of 6004 MW, which accounted for 13.5 per cent of the UK’s total electricity demand at that time.

The previous wind power record was set on September 15 this year when 5739 MW was generated.

Earlier this year the world’s largest offshore wind farm was officially opened in waters off the east coast of England.

London Array (pictured) is powered by 175 turbines and has a capacity of 630 MW.

Jennifer Webber, director of external affairs at trade group RenewableUK, today said: “Wind energy is consistently setting new records and providing an ever-increasing amount of clean electricity for British homes and businesses. We’re generating from a home-grown source which gives us a secure supply of power at cost we can control, rather than leaving ourselves exposed to the global fluctuation in fossil fuel prices which have driven bills up.”