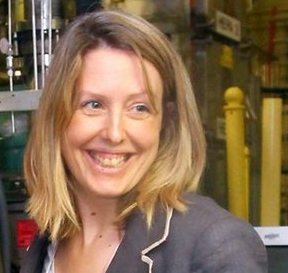 Bryony Worthington, the UK’s shadow energy minister and a former campaigner for environmental group Friends of the Earth, has advocated the use of shale gas in Britain.

Baroness Worthington, a member of the House of Lords, believes it is more energy efficient to frack for UK shale gas than

ship in gas from the Middle East.

She told the BBC that that “we have reduced our carbon emissions in the UK because of the dash for gas and we have been doing all we can through renewables and energy efficiency to continue that trend ” but it’s proving very difficult”.

She said that while there are “legitimate concerns that we have to do this safely”, she said shale gas should not be discounted as a viable part of Britain’s energy mix.

“We have to be realistic. We are going to be using gas for a long time because of the huge role it plays for heating homes and for industry. The important thing is to minimize the carbon emissions from gas. That means if we can get our own fracked gas, it’s better to use that than importing gas that’s been compressed at great energy cost somewhere else.”

She said “we have the mother of all challenges getting emissions of greenhouse gases out of our energy system” and added that “environmentalists should not be adopting a priori objections to technologies but appraising them with a cool head”.