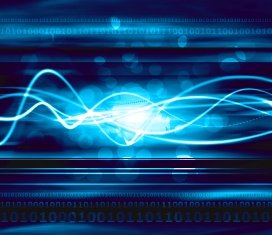 Indonesia and Malaysia are to be linked by a new transmission line.

The line will join West Kalimantan in Indonesia with a hydropower plant (pictured) in Sarawak, Malaysia, and construction is expected to be completed by December 2014.

Funding for the Indonesian side of the project has been agreed, with the Asian Development Bank (ADB) providing $49.5m itself, as well as administering another $49.5m loan from French development agency Agence Franàƒ§aise de Dévelopment. A further $2m will come from the Multi-Donor Clean Energy Fund under the Clean Energy Financing Partnership Facility.

A 145 km distribution line, distribution feeder extensions and a new substation will be built in West Kalimantan ahead of the 83 km cross-border high-voltage transmission line and substation. The ADB said that an estimated 230 MW an hour “could be exchanged every hour between the two systems”.

The bank is now preparing a second loan project to finance the transmission line on the Malaysia side.

The ADB’s energy specialist Sohail Hasnie said the deal was “a win-win-win situation”.

“West Kalimantan gets renewable energy and will have the ability to exchange power; Sarawak starts its first export of hydropower; and the region moves one step closer to establishing a regional power transmission link.”

Indonesian state-owned electricity company Perusahaan Listrik Negara (PLN) currently uses oil for power generation in West Kalimantan, which has pushed the cost up to $0.25 per kilowatt-hour. Under a power exchange agreement signed with Sarawak, the cost of power in West Kalimantan could be cut to $0.18/kWh, while carbon dioxide emissions from fossil fuel-based generation could be cut by 400 000 tonnes a year by 2020.

“This will make a long-term relationship with our neighbors and be a step forward to making the ASEAN interconnection a reality,” said PLN’s head of power system planning, I Made Ro Sakya.