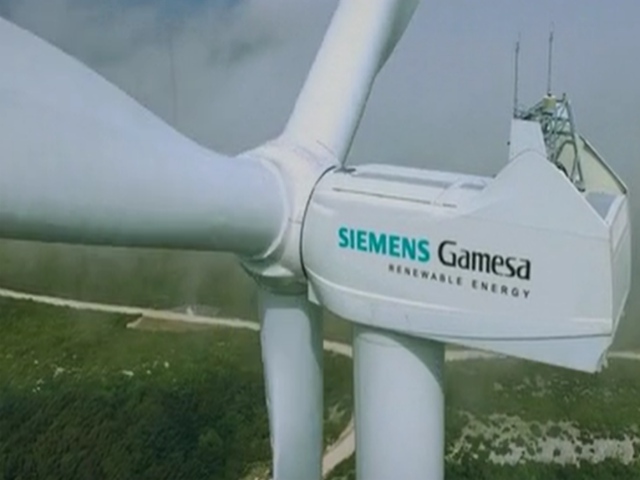 Siemens Gamesa Renewable Energy has announced three key appointments to its leadership team, with Beatriz Puente joining as Chief Financial Officer, while Lars Bondo Krogsgaard and Juan Gutiérrez are appointed as CEOs of the Onshore and Service business units respectively.

“I am very pleased that we have been able to appoint three very talented and experienced executives into the team, and also that – with these appointments – we can diversify the leadership of the company,” said Andreas Nauen, Chief Executive Officer.

“We are currently engaged in a turnaround process that aims to deliver long-term sustainable growth and profitability to Siemens Gamesa and we need a strong management team to drive that. Each of these individuals brings a different skillset and expertise that will not only help them to manage their functions but also lead the company.”

Puente will join Siemens Gamesa on December 1 from NH Hotels where she has served as executive managing director finance & administration since 2015. Prior to that, Puente spent more than two years as CFO of Aena, the airport group which she prepared for a successful IPO in 2015. Puente, a Spanish national, will be based in Madrid. Thomas Spannring will continue in his role as interim CFO until Puente joins Siemens Gamesa.

Lars Bondo Krogsgaard has enjoyed a distinguished 18-year career in the wind industry, during which he spent periods as CEO of Nordex Acciona and co-CEO of MHI Vestas. Earlier in his career, Krogsgaard spent more than four years with Siemens Wind Power, where he served as CEO for the EMEA region. Krogsgaard, who is Danish, will join Siemens Gamesa on November 1 and be based in the companyà‚´s Bilbao headquarters. Alfonso Faubel, the current CEO of Onshore is to leave Siemens Gamesa, and Andreas Nauen will take direct control of the Business Unit until November.

Juan Gutiérrez is to take over as CEO of the Service Business Unit, replacing Mark Albenze who will be retiring after almost 28 years with Siemens Gamesa and Siemens AG. Gutiérrez has been working in the energy industry with Siemens companies since 2005, with the last 12 years in the wind sector. He has experienced many roles in the Americas region including senior vice president of Latin America at Siemens Wind Power and most recently CEO of Service for the Americas region in Siemens Gamesa. Gutiérrez, a Colombian national, will be based in Orlando, Florida and will assume his new role from August 15.

“I’d like to thank Thomas for his continued important work in his interim roles and Mark and Alfonso for their substantial contributions to the company. Mark has played a critical role in building a very successful and profitable Service business unit and has been a great colleague over the years. I thank him for everything he has done for Siemens Gamesa and wish him a happy and healthy retirement,” said Andreas Nauen.

“Alfonso joined Onshore at a very difficult time for the business and I thank him for the energy and commitment he has brought to his role. He has begun a turnaround which we are committed to completing and I wish him well for the future.”