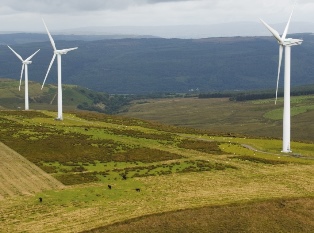 German windpower company Senvion has signed contracts for four wind farms in the UK which will have a combined capacity of 63 MW.

Penmanshiel wind farm is in the Scottish Borders and will be developed by RES. It will consist of 14 Senvion MM82 turbines and have a total output of 28.7 MW. Pre-construction has already started and the project is due for completion in autumn 2016.

Reaps Moss will be developed by InfraRed Capital Partners and is located in east Lancashire, England. It will run on three Senvion 3.4M104 turbines and have a total output of 10.2 MW.

Watford Lodge is in Northamptonshire in England and is the Senvion’s fourth contract with developer Broadview Energy. It will consist of five Senvion MM92 turbines with a total output of 10.25 MW.