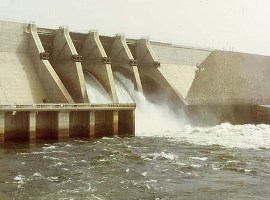 In September 2012, a consortium of Mainstream Energy and RusHydro International won a tender to enter a concession agreement for operating the Kainji (pictured) and Jebba hydropower plants, which are located on the Niger River and have an installed capacity of 760 MW and 578 MW respectively.

A concession agreement between Mainstream Energy and the Nigerian government was subsequently signed in February of this year.

Under the concession agreement, both hydroelectric facilities will undergo modernization to increase their available capacity, which, at the moment, is significantly lower than their installed capacity.

RusHydro International will be responsible for the technical management and management of the modernisation projects.

Mainstream Energy is committed to spend $452m on the plant modernisation during the first five years of the concession, and will pay a fixed fee to RusHydro International for rendered services.