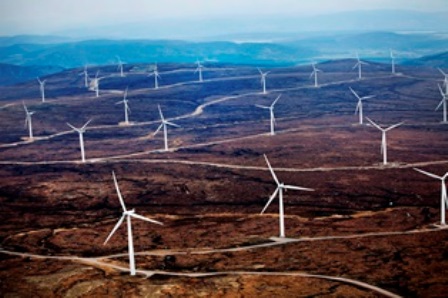 The economic uncertainty caused by the UK’s decision to leave the EU strengthens the case for supporting onshore wind, according to the chief executive of British trade body RenewableUK.

Speaking this week at the Scottish Renewables Onshore Wind Conference in Glasgow, Hugh McNeal acknowledged that “it is tempting in these unprecedented times – in the period of uncertainty and market volatility since the vote – to focus only on the challenges ahead”.

He said: “The fears are very real. The stakes very high – in terms of investment, jobs and consumer bills if we lose access to the European Energy Market.”

McNeal urged the industry to focus on new opportunities, stating that “it is precisely now, at this moment which is so unpredictable and uncertain, that I believe we should reflect on what we can offer: cheap, home-grown electricity able to deliver hundreds of millions of pounds of capital investment for our economy over the next few years, helping companies all over Britain just at a time when we need it most”.

He added that “there remains a pipeline of onshore wind plants that are ready to build now, ready to be financed – projects which can generate economic activity and capital investment, projects it makes sense to build given the benefits they will bring and the challenges we now face.

And he said that “it is vital that onshore wind retains an ability to compete and that it has a route to market. The offer is there. We now need to work to build a broad coalition, one that reaches out across industry, across all political parties, to help deliver it.”