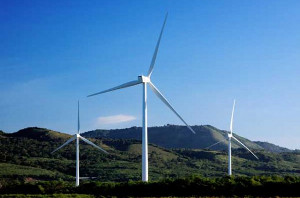 Brazil’s renewable energy specialist PEC Energia and state-owned utility Companhia Hidro Eletrica do Sao Francisco (Chesf) confirmed they are to invest $224.8m in the construction of four wind farms in the state of Pernambuco.

The projects, called Serra das Vacas I, II, III and IV, will have a combined capacity of 120 MW, according to Seenews.

PEC Energia will hold a 51 per cent stake in the four wind farm project.

The consortium, comprising PEC Energia and Chesf, won the project at the A-3 energy auction, which took place in November last year, for supplying electricity from January 2016 onwards.