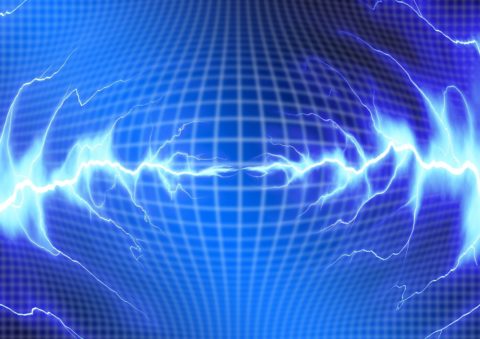 The combination of complexity and cost pressure is driving the need for utilities to integrate operational technology across their grids that can help them move from a reactive maintenance strategy, to a fully predictive and preventative maintenance model.

Add to that context the frequent superstorms afflicting various world regions, and the need for autonomous, independent and smart microgrids becomes clearer.

De Parscau’s colleague, Mark Feasel, vice-president of Electric Utility Segment & Smart Grid, says Schneider’s latest technology is designed to make the most of what ever assets are available in a microgrid cluster.

“It is all about leveraging data to operate on assets. Our solutions encompass optimizing distributed energy resources. Essentially, we can monetize DER that can be coupled with storage and load management. It helps to create flexibility in order to run a grid independently in certain, for example, storm conditions. It’s also about operating in a grid-connected manner, providing services back to the grid in some cases for cost savings or participating in various programmes such as demand response or ancillary services.”

The solutions are hardware and software, tightly integrated, that optimize those assets, comprising connective intelligent devices coupled with energy storage and distributed energy, gathering data and controlling those devices.

At the next level up there is the grid edge. At the edge there are data and solutions to visualize and control those various components and harmonize them. Then finally, at the cloud layer, there are analytics and other services performed to provide an optimization layer to the microgrid.

Schneider also offers ‘Energy as Service’, bringing microgrid solutions within reach for many who would otherwise not be able to finance them. “Our work there involves bringing in other potential asset owners that allow someone to get the benefit of a microgrid without using their own capital,” says Feasel.

“This has been done for solar and storage for some time but of course microgrids are more complicated. You’ve got different kinds of assets, different economic uses, sometimes parts of the solutions that don’t necessarily have payback – bringing all of that into a financial structure can be tricky, but we can do that.”

Although what Feasel refers to as ‘sophisticated energy users’ understood and leapt on the microgrid model quickly, the vast majority of users aren’t as aware of the potential value.

“We saw where early adopters to microgrid have been using their own capital, but most energy users can’t quantify the value of resilience.

“The mass market has difficulty putting numbers against the cost of an outage, or the cost of poor power quality on my process, or just-in-time shipping or the safety of employees. Furthermore, identifying the value of sustainability for some consumers is difficult. They have sustainability goals, but whether they’re willing to pay to get them or not is the question.

“You end up looking at the lower cost of a distributed generation source so that you can purchase energy off the grid. The result is a return on investment that is much longer. Many solar panel installations take around 15 years, which is utterly beyond the investment horizons of most commercial investors or customers.”

“In effect, we found ourselves a gap, where many customers had objectives around energy but couldn’t garner the capital to do it, so really identifying potential equity asset owners – and connecting them to customers who wanted to consume energy in a different way – was an important part of the solution.”

The company has two key pilot operations, which have helped in development of its analytical technology. It’s enabled Schneider to overcome what have been traditionally difficult problems in the management of renewables, particularly solar energy.

Historically it’s proven very difficult to have erratic solar and generation work together when there is a small amount of load.

“That’s why today most distributed solar is disconnected from the grid and not available,” says Feasel. “At our pilot at Boston One Campus we were able to set up a high speed communications loop which brought together the load data, data from generator and communication with solar inverters.

“Meanwhile, at a very high speed, we were able to throttle the output of the solar inverters to allow the generator to control frequency and voltage, in such a way that the site could operate and leverage that solar.

“That’s a pretty big deal because most of that distributed solar that would have kicked off in the generator would be carrying the site, but we would be losing the capacity that solar can bring.

“In addition, if you just have a certain amount of storage or diesel or gas fuel available to you, using solar when you have long-term outages like we are seeing in Puerto Rico is important. Overall it’s an example of analytics unlocking functionality.”

Feasel says utility rate structures are getting ‘more elegant’ as utilities adapt more effectively on load detection. It’s clear also that everyone involved in the electrical power business is having to evolve at a much greater pace than previously experienced. The scale of renewable energy on the system at large, and available to microgrids, has led to identification of new challenges in the overall trend towards facilitating those green resources.

“One small example is when a fault occurs. A renewable energy source like solar isn’t going to feed the fault in the same way that a diesel generator will,” says Feasel.

“Today most relay protection is set up assuming that a large generation source is going to increase current to feed a fault, and the relay then trips out to protect the system. But when you have different types of generators that cannot feed a fault at a very high rate, you can end up in scenarios where a fault is masked for a period of time and a dangerous circumstance can exist.”

Such scenarios have meant the company changing its thinking when it comes to system protection and load sharing, but one of its strengths is in power electronics, which helps in adapting to change.

“One of our brands is APC (American Power Conversion), the largest supplier of critical power to data centres – so we do know how to do power conversion and have a leg up in thinking about DC to AC and different types of loads.”

For now the company continues to channel its research and development into perfecting technology aimed at more and more effective microgrids. These also participate in state programmes such as the New York Energy Vision and National Renewable Energy Laboratory (NREL), and work with major utilities such as Oncor, providing microgrid controllers and optimization engines for the latter.

Oncor operates the largest regulated transmission and distribution system in Texas and the sixth-largest in the US, and the company’s management believes that microgrids can help strengthen their overall resiliency and general offering. The solution featured load management involving HVAC equipment and electric vehicle charging.

Meet Schneider Electric at European Utility Week in Vienna next month. The company also has speakers at POWER-GEN International in Orlando in December, where there is an in-depth track on microgrids.