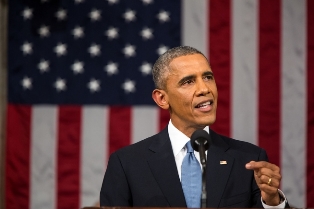 The US windpower industry “may not be in as healthy a condition” as President Obama recently claimed, according to an energy analyst.

During his State of the Union Address last month, Obama said that “America is number one in windpower”.

But Pranav Srivastava, power analyst at research firm GlobalData, said that “while it is true that the US generates the largest amount of wind energy compared to any other nation, it should also be noted that China has the world’s largest wind power installed capacity, with plans to grow further and surpass US wind power generation by 2016”.

Srivastava said that China produced about 169 terawatt hours (TWh) of electricity in 2014 while the US was slightly over 175 TWh. “Despite China having a larger wind installed capacity, its comparatively lower levels of wind power generation can be attributed to slower wind speeds and the country’s inadequate grid infrastructure covering the rapid increase in the number of wind turbines in remote areas.”

GlobalData has calculated that China added about 18 GW of new installed wind capacity in 2014, whereas the US added around 4.9 GW.

Srivastava added: “In 2013, the US wind industry witnessed a 92 per cent drop in annual installed capacity and around 30,000 job losses due to the expiration of the Production Tax Credit. Although this incentive, which was renewed early in December 2014, sought to benefit wind power generators, it did not have any worthwhile positive impact on the industry in practicality, as it gave investors very little time to meet its eligibility requirements. As such, the US wind sector may not be in as healthy a condition as President Obama recently claimed.”