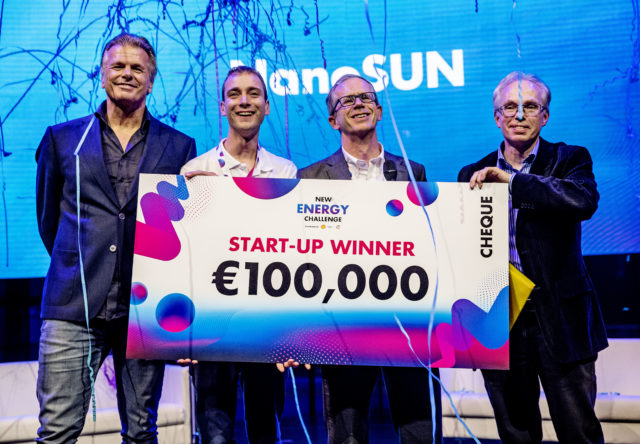 UK-based NanoSUN has been named ‘best start-up’ in the fourth edition of the New Energy Challenge. As the winning start-up the company will receive at least €100,000 ($110,000) towards a proof of concept within the Shell GameChanger programme.

NanoSUN is developing a low-cost hydrogen refueler. Their technology has the potential to eliminate a significant part of the cost of conventional hydrogen refuelling, enabling rapid expansion of hydrogen refuelling stations. “The global transition to a more sustainable energy system can’t happen fast enough, and start-ups working in the energy industry are playing a key role in the evolution toward this goal. NanoSUN convinced us their solution has real potential to accelerate the energy transition and in particular the role of hydrogen as mobility vector,” said Adrie Huesman, Principal Partnership Advisor at Shell GameChanger.

NanoSUN was chosen by an expert jury from a field of more than 200 start-ups and scale-ups from across Europe and Israel who are developing advanced technologies and disruptive solutions that could be vital to meeting future energy needs.

“Participating in the New Energy Challenge has been a tremendous experience. We learned so much from our interaction with the other finalists, YES!Delft and Shell. Being able to work towards a proof of concept is an important milestone for us and we are really looking forward to our collaboration with Shell in the GameChanger programme,” said Graham Hodgson, Managing Director at NanoSUN.

This year the organisers of the New Energy Challenge – Shell, Rockstart, YES!Delft and Get in the Ring – sought to increase the competition’s impact by differentiating between start-ups and scale-ups and offering separate tracks scaled to their different levels of maturity.

EcoG from Germany was named this year’s ‘best scale-up’ for its operating system developed for EV charging stations. Their operating system offers a greatly improved user experience and promises to be for charging stations, what Android is for smartphones. It makes it possible for retailers to introduce hardware-independent applications and services for better e-mobility experiences. The company will further develop its winning pilot together with Shell’s Retail business, ultimately launching at a Shell retail site.

From over 200 applications, twenty-seven companies were initially short-listed for the competition, based on their proposals. After a round of deep dive interviews and assessments that was reduced to twelve finalists who were invited to the Netherlands for a week of intensive coaching to help shape and strengthen their commercial propositions before a final pitch to the jury of experts.

Take a look at how to get involved in energy sector innovation. Sietske Jacobs, director of the Initiate! programme talks to us about the importance of the next generation.