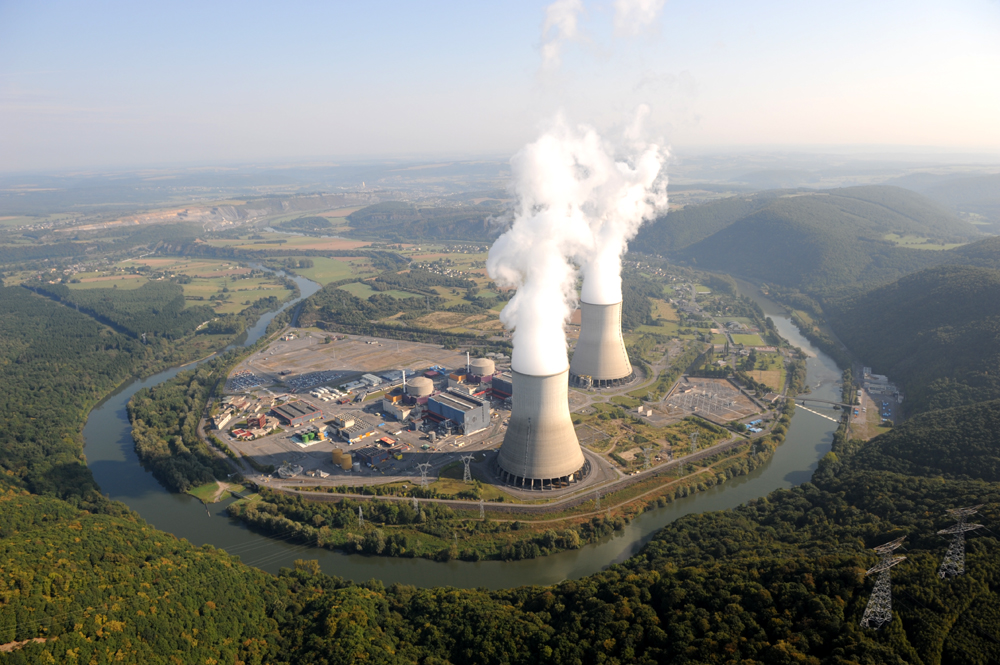 France has lofty ambitions to reduce its nuclear capacity over the coming decades. How will this affect France’s sole nuclear operator, EDF? Pierre Georges and Claire Mauduit-Le Clercq, from S&P Global Ratings’ EMEA utilities team, say the effects could be less severe than some have feared.
……………..

France has long been the world’s atomic champion. With a nuclear-generating capacity capped at 63 GW, 72 per cent the country’s electricity came from nuclear reactors in 2017.

But the country’s nuclear over-reliance cannot continue: in November 2018, President Macron delivered a draft of “la Programmation pluriannuelle de l’énergie”, or PPE ” the roadmap for energy reform that France’s government is mandated to review every five years.

The document contains one noteworthy pledge: to reduce nuclear generation to 50 per cent the energy mix by 2035. With France’s electricity consumption expected to remain flat, this would require the closure of 12.6 GW of nuclear capacity ” equivalent to 14 reactors.

So, is France’s longstanding affinity with nuclear coming to an end? Far from it. In fact, the PPE largely highlights nuclear power’s integral position in France’s energy mix. The implications for Electricité de France (EDF), the country’s nuclear power monopoly, are therefore less acute than first feared. Though the utility has its credit difficulties to overcome, the PPE is neither a friend nor foe to EDF’s position ” and should only preserve the status quo.

Today, we consider France well-positioned to meet its two long-term energy transition targets: to be a low-carbon generator, compliant with European climate directives; and to achieve energy supply independence ” that is, with limited imports. Of course, nuclear power is a complementary factor in this regard. Thanks also to hydro assets, around 90 per cent French power production comes from low-carbon sources. But France’s 58 nuclear reactors are aging, and only have a 33-year lifespan on average. Continuing France’s low-carbon future is therefore a priority.

This, in turn, presents opportunities for renewable sources ” notably onshore wind and photovoltaic assets. Indeed, France is pushing for such capacity additions in order to meet its renewable generation target of 40 per cent 2030 (by contrast, renewables accounted for 18 per cent generated power in 2017, which hydro was mostly responsible for).

Driving renewable investment will largely be the French government, whose annual renewable subsidies will increase to €8bn from €5bn every year from 2019 until 2028. Other forms of support ” such as the simplification of administrative work related to subsidy approval, and financing schemes ” have yet to be announced, but these are expected to gain greater attention during the PPE’s public consultation period.

The transition from nuclear to renewable sources has placed EDF, as France’s sole nuclear operator, under some scrutiny. However, our preliminary view is that the PPE should not prompt a major shift in the utility’s business strategy. If anything, it may bring greater clarity to EDF’s long-term thinking.

Importantly, nuclear reactor closures are limited over the next decade. Except for the Fessenheim 2 reactors, which will shutter in 2020, no nuclear reactors will close before 2027. There is, however, some flexibility in this plan: should renewable energy proliferation accelerate to an extent where grid oversupply occurs, the PPE provides scope for two voluntary closures between 2025 and 2026. Nonetheless, this means that the Grand Carénage investment plan, EDF’s program to spend up to €45 billion between 2014 and 2025 to extend some of its nuclear reactors’ lifespans, will remain broadly unchanged.

The decade-or-so-long respite from nuclear closures gives EDF some time to adapt, too. In fact, the utility has established a plan for growth in renewables, development of smart networks, promotion of e-mobility, and energy efficiency solutions. Yet the PPE’s nuclear targets still only incur a marginal change to EDF’s spending commitments: its additional investments annually are unlikely to exceed a net €500m (it’s worth considering that EDF’s total annual capital expenditure is around €12bn).

Of course, while the proposed PPE may only necessitate minor adaptations, it’s worth noting that the roadmap isn’t too supportive, either. At this stage, the plan leaves EDF’s generation activities in France at the mercy of the merchant power market. About 70 per cent EDF’s earnings before interest, tax, depreciation and amortization (EBITDA) are derived from its power generation activities, which are mostly merchant.

This means that earnings are highly correlated to any volatility in power prices. For the time being, power prices are favourable to EDF, but it’s our view that European power markets may only become increasingly volatile due to more severe and frequent extreme weather events ” which can make power demand less predictable.

So, what next for EDF? Its credit quality is still weighed down by debt and, absent profound structural changes to the European and French power market, the company likely remains exposed to volatile earnings streams. The French government has expressed an awareness of EDF’s financial constraints and could be willing to propose a new remuneration framework for the existing nuclear fleet, which could be a strong positive for the group’s credit quality. The timing and details of this regulatory change remain uncertain, however.

More immediately, France is expected to transcribe a final PPE proposal into law in the coming months. Though, all in all, this amounts to marginal changes for EDF ” and for France’s nuclear future. The PPE is not a disruptor to France’s nuclear traditions: it does not attempt to accelerate the pace of the country’s energy transition. In fact, France may even examine new nuclear projects from 2021 if they prove to be price-competitive.

Nonetheless, it seems apparent that nuclear power in France still has a long future ahead. Any major reductions in nuclear capacity below the 50% threshold after 2035 at this stage seem unlikely ” with no stated intentions to reduce the share further. France’s nuclear status quo, then, remains intact.

Developments in the nuclear power sector will be one of the hot topics at POWERGEN Europe in Paris later this year. Click here for details of the event.