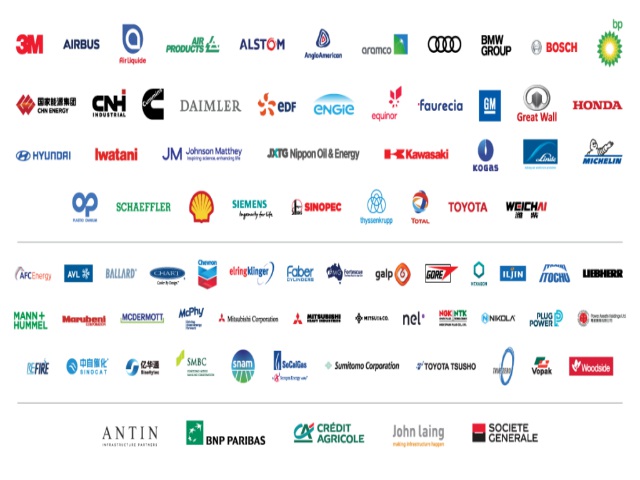 The global coalition pushing for a power generation transition to zero carbon hydrogen has added a list of big corporate names to its membership.

The Hydrogen Council announced 11 new members, including Microsoft, Baker Hughes, Umiore, CMA GGM and Clariant, among others. The CEO-led organization now has more than 90 members from just 13 founding companies when it was formed three years ago.

Read more about the energy transition

“On the cusp of a global energy transformation, we need long-term thinking and massive investments in systemic solutions like hydrogen,” Takeshi Uchiyamada, Chairman of the Board of Toyota Motor Group and new Co-chair of the Hydrogen Council since July 2020 added in a statement. “Hydrogen technologies can provide zero-emission energy and transport solutions, enable deep industrial decarbonization and help renewables maximize their potential through storage.”

“As policymakers, businesses and investors across the globe are working to recover from the economic and social consequences of the pandemic, hydrogen is increasingly recognised as an indispensable piece of the puzzle. The recently announced EU, German and Korean plans on hydrogen are among prime examples of that momentum and we hope that other countries will join in soon”, said Benoît Potier, Chairman and CEO of Air Liquide and Co-chair of the Hydrogen Council.

“This crisis will define our energy production and consumption for at least a generation. The companies joining our group today acknowledge that this is a critical time to accelerate clean energy innovation to reach our climate goals and recognize that hydrogen can play a paramount role in doing so,” concluded Potier.

Many carbon reduction advocates contend that hydrogen, produced on a bigger and greener scale, can supplant coal and natural gas in thermal and baseload power generation. Turbine manufacturers such as Siemens, Mitsubishi, GE and Ansaldo are working on hydrogen-fired technologies.

The challenge is producing ‘green hydrogen’ which uses clean energies such as wind and solar to power electrolysis processes separating water into its hydrogen and oxygen parts. Otherwise, hydrogen also is created industrially because natural gas steam reforming processes.

The Hydrogen Council includes CEOs and chairs of nearly 100 global companies moving toward an economy of scale for hydrogen-fired energy. Those companies include Alstom, Aramco, Cummins, EDF, Engie, McDermott, Mitsubishi Heavy Industries, NEL Hydrogen, Snam and Chevron, among many others.