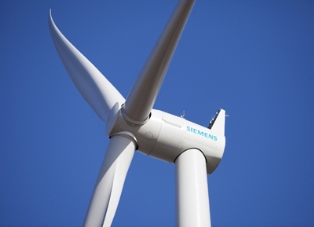 Germany will cement its position as the world’s leading market for offshore wind turbine installations this year, according to new research.

The study from research firm GlobalData concludes that Germany is set to add 2071 MW of offshore wind power this year, an almost fourfold increase from the 529 MW added in 2014.

The report goes on the forecast that global annual offshore wind installations will more than double from 1681 MW in 2014 to 3903 MW this year. It then predicts this will dip to 3255 MW in 2016.

And GlobalData forecasts that the UK will lose its number two poition in the world rankings to China.

GlobalData’s practice head for power, Ankit Mathur, said that while wind additions in the UK this year will remain relatively steady, decreasing marginally from 813 MW in 2014 to 801 MW, China is predicted to install 817 MW.

“Additionally, the next few years will see China maintain its annual offshore wind installations around the 1 gigawatt mark, while the UK will observe relatively lower installations until 2018, when the country’s next offshore growth spurt is expected.”

The report also states that last year saw order intake for offshore wind turbines rise at a huge compound annual growth rate of 367 per cent, from 288 MW in 2013 to 1346 MW.

In terms of company share, Siemens remained the market leader in 2014, with an offshore order intake of 690 MW, followed by Areva with 350 MW.