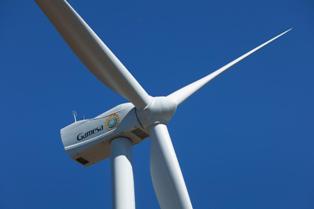 Under the terms of the first contract, Gamesa will supply 68 MW to Brazilian renewable energy developer Companhia de Energias Renováveis (CER). The agreement includes the supply, transport, installation and commissioning of 34 G97-2 MW turbines at the Assuruá II, Assuruá V and Assuruá VII wind farms within the Xique-Xique wind complex, located in the state of Bahia in northeastern Brazil. The wind turbines, which will be made at Gamesa’s local Camaçari factory, are scheduled for delivery during the second quarter of 2015.

The second contract is for the supply of 30 MW to Ventos dos Guarás I Energias Renováveis, a joint venture between Atlantic Energias Renováveis and developer Casa dos Ventos. The terms include the supply, transport, installation and commissioning of another 15 G97-2 MW turbines at the Ventos dos Guarás I wind farm in the Morrinhos complex, also located in Bahia. These turbines will be delivered to the client during the third quarter of next year, Gamesa said.

Gamesa expects both projects to be completed in December 2015. The company has also contracted to provide operation and maintenance services at both facilities for 15 years.

Gamesa says it has now received firm orders for the supply of 1394 MW of its turbines to projects being built in Brazil’s windiest regions. As of December 2013, Gamesa had installed 452 MW of capacity in Brazil, which it says is a priority market for the short and medium term.

The company is also present in other Latin American markets, including Mexico, Honduras, Argentina and Costa Rica, where around 1.90 MW of installed turbines made up 49% of its total sales in 2013.