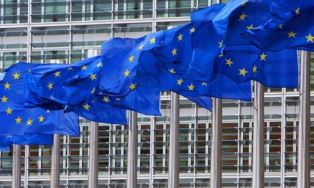 In a paper called ‘Energy Regulation: A Bridge to 2025’, the members of the Agency for the Co-operation of Energy Regulators (ACER) forecast the trends that they believe will dominate the European energy landscape over the next decade.

They predicted “liquid, integrated electricity and gas markets, with a higher penetration of renewables and the consequent higher requirements for flexible response, as well a more active participation of smaller consumers”.

They presented their paper to high level European Commission officials and stakeholders in Brussels and laid out several key recommendations, which they said were “based on a holistic analysis of Europe’s energy sector and are particularly timely as the new Commission sets its EU energy priorities”.

The proposals include “to establish a roadmap aimed at competitive and innovative retail markets by 2025; to promote flexible response, and its provision by generators and consumers on a non-discriminatory basis; to promote security of supply through a greater consistency of assessment and policy mechanisms; and to further improve the efficiency of some aspects of the regulatory decision-making process at EU level, while maintaining those aspects which have proved to work effectively”.

ACER director Alberto Pototschnig called for “determined action by the EU institutions and stakeholders alike to fully implement EU legislation, including the network codes and the gas and electricity target models, to establish and maintain liquid, competitive and integrated wholesale energy markets and to deliver the tangible benefits which EU energy consumers deserve”.

Lord Mogg, chairman of ACER’s board of regulators, added: “As Europe moves towards a low carbon society with a greater penetration of renewable sources, our energy systems need to become more flexible and smarter.”

He said ACER’s recommendations “seek to ensure that such flexibility is provided in the most efficient way and that consumers, who can contribute to this effort, continue to be properly protected in a changing environment”.