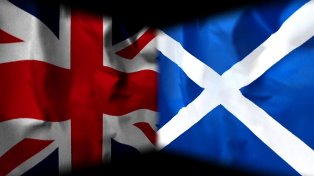 Vincent de Rivaz, the boss of EDF Energy in the UK, has urged his staff in Scotland to think of the company’s interests when they vote in tomorrow’s independence referendum.

Scots go to the polls tomorrow (Thursday) in a historic vote to decide whether Scotland will remain part of the UK or become independent.

In a memo to his UK staff – of which 1200 are in Scotland running Hunterston and Torness nuclear plants and an engineering centre – de Rivaz (pictured) said that it was his duty to “defend the interests of our company”.

He said a vote in favour of independence would cast an uncertain future over the company, as he believed it was unclear what the energy sector in Scotland would look like under independence.

He stated that while he had had “primary reassurance about the ongoing operation of nuclear”, the answers to wider questions “remain uncertain, depending on the outcome of the vote and any negotiations that may follow”.

EDF’s nuclear power stations account for a third of Scotland’s electricity generation capacity and meet 46 per cent of its power demand.

Scotland’s First Minister Alex Salmond has already given EDF assurances that its two nuclear plants would be granted life extensions under independence, a move some have criticised as running counter to his pledge to make Scotland nuclear free.

This week Scottish energy minister Fergus Ewing said that under independence the Scottish government would “simplify the regulatory landscape to one that is more appropriate for a country of Scotland’s size, bringing together economic regulatory functions including energy. With the powers of independence we have the huge opportunity to ensure that Scotland’s energy riches are used to benefit the people of Scotland.”

Riches are one thing that would certainly come Scotland’s way under independence, as the lion’s share of the UK’s oil and gas reserves in the North Sea would become part of Scottish international waters. The country is also a renewables powerhouse, boasting many onshore wind farms and is also home to the Europe Marine Energy Centre in Orkney.

Both UK Energy Secretary Ed Davey and his opposition counterpart Caroline Flint are strong advocates for Scotland remaining part of the UK.

The result of the vote is expected at around 07.00 on Friday 19 September.