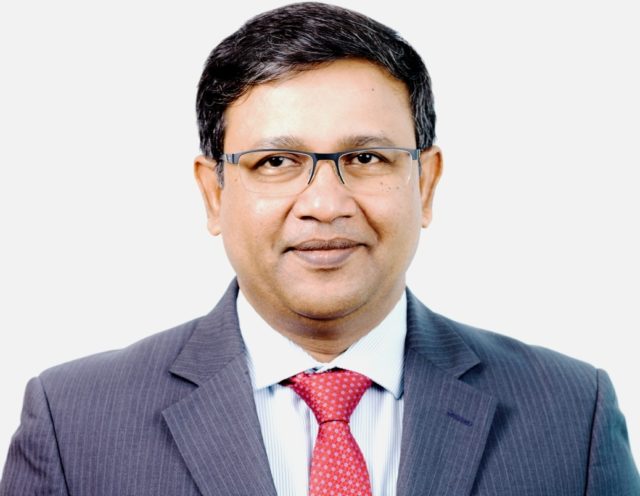 Narsingh Chaudhary is the new Executive Vice-President of the Asia Power business of Black & Veatch – and he couldn’t have chosen a more exciting and critical time to join the global engineering and construction company.

He took up his new post in early June and a month later, Black & Veatch announced a reorganization of its global power business. The strategy is to put a stronger emphasis on renewables, launch a distributed energy group – and at the same time reposition its conventional generation and power transmission teams in the context of the global energy transition.

The changes were led by Mario Azar, president of Black & Veatch’s global power business, who said that “it’s become clear that generation, transmission and distribution can no longer operate in isolation”.

Now Bangkok-based Chaudhary is at the vanguard of delivering the new strategy across Asia. It’s a region where he has worked for his whole career, most recently with Siemens, where his roles included running its Future Grid Business for the region.

He believes the region offers a host of opportunities as it expands and adapts its energy mix.

He told me that at the core of the dynamic energy transition is the need to “address the increasing power demand that follows rapid population and economic growth along with the continued need for conventional power sources”. Few regions of the world fit that description better than Asia.

“Asia is one of the most diverse energy markets,” says Chaudhary, adding that what makes the region so interesting is that “there are countries with a very advanced energy mix and countries that are just getting started on building their grid network”.

In both of those cases, however, he says the challenge is the same: “How do we balance the energy portfolio – it’s about finding the optimum mix.”

He says that while the two Asia powerhouses of China and India offer huge opportunities, there is equal potential for established power sector players like Black & Veatch in Southeast Asia, where countries including Thailand, Malaysia, Indonesia, the Philippines and Cambodia are all undergoing an energy shift – yet all have their own distinct resources and requirements.

He stresses that although all these countries will make in-roads with renewables, baseload conventional power will remain the backbone of their power supply. And yet even conventional power in Asia is transitioning, whether it is delivering ultra supercritical coal plants or preparing for LNG-fired generation.

He says being able to offer “a good balance of conventional power with the latest technological improvements” is the key to developing a successful energy mix that also allows renewables to flourish, and that is where Black & Veatch’s 100-year-plus heritage combined with its state-of-the-art solutions comes into play.

“Regional governments are making good progress in supplying affordable and reliable energy for their population as they also implement emerging technologies to offer more sustainable solutions.

“Black & Veatch is helping regional leadership identify integrated power infrastructure possibilities as they re-balance their energy portfolios to meet universal electrification and carbon emission reduction goals. We are able to bring the whole suite from services to full EPC solution in generation, transmission and distribution.”

Some of the emerging technologies that Chaudhary talks about are at the forefront of the strategy that he and Black & Veatch are bringing to Asia. The company carried out a feasibility study into installing large-scale floating solar farms at 17 reservoirs in Hong Kong, and it sees microgrids as a key way forward for many parts of Southeast Asia.

And although electric vehicles have yet to make a widespread impact in the region, Chaudhary believes that the technology and its enabling infrastructure is going to reach a tipping point.

“When a technology picks up pace, it’s like a rocket launch – taking a lot of upfront time to prepare for the launch, though the launch itself is quite swift. Similarly, organisations that aspire to be at the forefront would have to start early. Otherwise, they will find themselves left out of the game.

You can meet Narsingh Chaudhary and other experts from Black & Veatch – and find out more about the company’s solutions for the Asia energy market – at POWERGEN Asia in Malaysia in September. Click here for details.