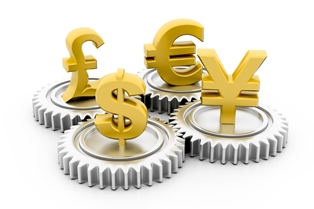 A Danish company has set up a €2bn ($2.2bn) investment fund which will focus on renewable energy projects in Europe and North America.

The fund was established in September last year with an initial commitment from eight Danish institutional investors including PensionDanmark and Nordea.

Since then 11 more investors have come on board, including the European Investment Bank and companies from the Nordic region and the UK.

The European Investment Bank has provided financing of up to €75m to Copenhagen Infrastructure Partners for the fund.

The EIB calls the scheme a “groundbreaking operation which will enable institutional investors to engage at an earlier stage in large renewable energy infrastructure projects“.

Jonathan Taylor, EIB vice-president responsible for lending in Denmark, said: “We are proud to support this innovative fund, as it will contribute to the achievement of European targets for renewable energy generation and CO2 emissions reduction, safeguarding and creating at the same time a significant number of jobs.”

With its fundraising period now closed, Copenhagen Infrastructure Partners’ Christian Skakkebàƒ¦k said: “We are proud to have this many leading investors in the fund, including a broad group of leading Danish institutional investors and several prominent foreign investors.

“The fund’s focus will be on investments in energy infrastructure with stable returns, such as biomass fired power plants, electricity transmission grids as well as onshore and offshore wind.”

Copenhagen Infrastructure Partners has already invested €250m in the 402 MW, €1.9bn à‚ German offshore wind project Veja Mate, which is in the German North Sea and will comprise 67 Siemens turbines of 6 MW each. The project is planned to be fully operational in 2017.

Brite will be located in Rotherham near Sheffield in England and have a capacity of 39.3 MW and will be fired with waste wood sourced locally in the UK. The plant is expected to be in operation by the spring of 2017. A consortium of Babcock & Wilcox Vàƒ¸lund from Denmark and UK-based Interserve will build the plant.