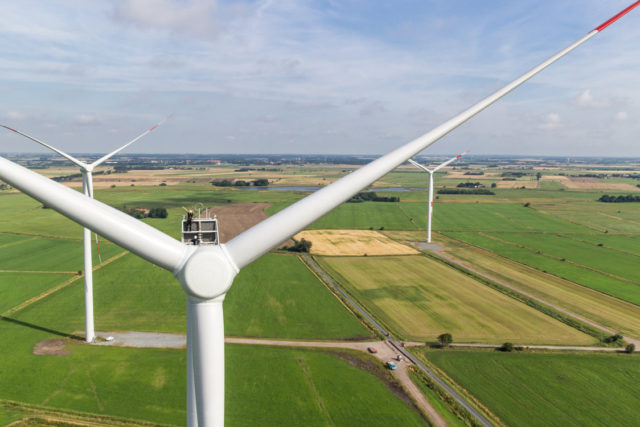 The world’s wind power capacity could top 800 GW by 2021, according to the Global Wind Energy Council (GWEC).

In its annual Global Wind Report market update, the trade group said over 54 GW of wind capacity were installed in 90 countries in 2016, with 29 countries crossing the 1 GW mark and installed capacity in nine countries surpassing 10 GW.

China continued to lead the way, installing 23 GW. And the nation will continue to lead over the next five years, with an expected capacity increase of almost 65 per cent by 2021. Anticipation of a cut in the feed-in tariff scheduled for 2018 is predicted to further stimulate growth this year.

India moved into fourth place in the rankings with a record 3612 MW of new installations. Germany, in third place, passed the 50 GW mark with installations totalling 5443 MW. And despite some policy uncertainty, the US maintained its second-place rank with 8203 MW installed.

One growing market driver recognized by GWEC is the direct corporate sourcing of wind power through power purchase agreements (PPAs) or building on-site windfarms. Led by giants such as Amazon, Google, Microsoft, Dow Chemical and 3M, this trend saw more than 50 corporations procure 1574 MW through PPAs in 2016, and 24 per cent of the wind capacity installed in 2016 had a corporate buyer.

According to GWEC, the world’s wind industry ended 2016 “in good shape, with solid prospects for 2017 and beyond” and continuing improvements in economics, as evidenced by a record low price of around $30/MWh for the winning tender in Morocco and “very competitive” prices in auctions around the world.