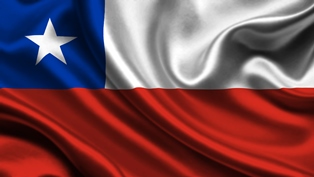 A marine energy research and development centre is to be established in Chile.

The go-ahead for MERIC (Marine Energy Research and Innovation Center) came at a meeting in Paris in the presence of Chile’s president Michelle Bachelet and his French counterpart François Hollande.

A joint statement was signed in support of setting up the centre by Chile’s energy minister, Maximo Pacheco, the Chilean economic development agency CORFO and French marine company DCNS.

DCNS and Enel Green Power were selected by CORFO in October 2014 to develop MERIC. The centre will work in co-operation with Chilean universities and companies and will conduct studies to identify the first sites where marine energy technologies could be installed off the Chilean coast.

Corfo executive vice-president Eduardo Bitran said that “Chile has excellent natural conditions for the development of energy from the seas that we must seize”.

“Today we have a great opportunity not only to investigate about marine energy, but to develop related industries and services with this technology. The agreement that we signed involves the government’s commitment to co-finance the development of applied research and technology in our country.”

DCNS chief executive Hervé Guillou said the creation of the centre “will allow to strengthen both the knowledge of Chilean actors in marine energy and DCNS know-how in site development and technology adaptation”.

“Our ambition is to develop long-term partnerships with Chilean companies and universities in order to build a hub for innovation in marine energies in the country.”