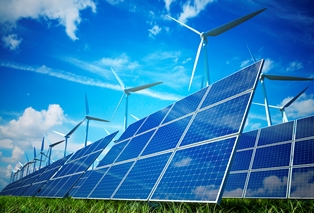 A new report backed by leading businesses is calling for “ambitious targets and transformational changes from EU energy policymakers to help companies to meet their European electricity needs with renewables“.

The report comes as the EU Commission prepares to release a review of the EU Renewable Energy Directive and Market Design Initiative, which is expected later this month.

The report is written by independent global think tank E3G on behalf of RE100, a global initiative of businesses committed to 100 per cent renewable power across their operations. Its members include BT, IKEA, Google, Unilever, Apple, BMW and Starbucks.

Simon Skillings, the report author and senior associate at E3G, said: “Renewable energy is the future and if the European Union wants to retain its competitive edge it must unleash its potential before it’s too late. That means making it cheap and easy to procure renewable electricity to empower its energy consumers.”

Michael Terrell, head of energy policy and markets at Google, said “the EU market has been important to the growth of renewable energy globally and we support the continuation of policy efforts that empower customers and drive even greater clean energy deployment in Europe”.

The report sets out policy measures that would give companies easier access to renewable power, providing greater control over energy costs and long-term business stability. It also argues that all EU member states must play their part in achieving the collective 27 per cent by 2030 renewable energy target, and makes the case for continued priority dispatch for renewables and enforceable prosumer rights.

Damian Ryan, acting chief executive of The Climate Group, said: “More companies than ever before are committed to bold climate action because it makes business sense. But to ensure that many more are able to reach 100 per cent renewable power, governments at all levels need to set or raise the ambition of long-term supportive policies.”