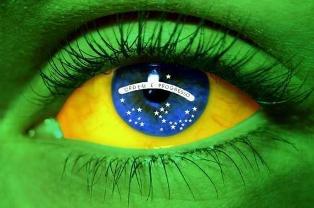 Brazil is poised to overtake the US as the world’s leading biopower market according to new research.

A report from analysts at GlobalData states that Brazil’s biopower installed capacity was 11.51 GW in 2013 and forecasts that this will rise to an estimated 17.10 GW by 2018, which will make the country the world number one biopower market.

GlobalData says that the US had the world’s largest biopower installed capacity in 2013, with 15.43 GW, but this will only rise to 16.49 GW by 2018. The report states that the country will see slow growth “due to its large existing capacity, which has saturated the market”.

GlobalData’s alternative energy analyst Harshavardhan Reddy Nagatham said: “A major share of the US’ biopower capacity was installed in the 1980s and 1990s, meaning the country already had 12.82 GW by 2006, while Brazil only had 3.59 GW by that time.

“The nascent Brazilian market is being driven by the government, which has made it necessary for local utility service providers to obtain at least 2 GW of installed biomass capacity through auctions annually, for ten years from 2007.”

Nagatham notes that while there is a possibility of feedstock supply interruptions due to increased deforestation in certain areas, the rise in sugarcane plantations is expected to compensate for this.

“The abundance of sugarcane in Brazil makes the installation of biomass technology a very viable option for power generation.

“Biomass projects will also generate electricity from both sugarcane waste and non-food energy crops, such as eucalyptus and pine trees.”

However Nagatham warns that biopower faces competition from other sectors, such as hydropower, natural gas and wind.

“The biggest challenge to bioenergy will be Brazilian utility companies’ inclination towards wind power and the large drop in wind energy capital expenditure.

“Furthermore, the Brazilian Development Bank, which provides low-interest loans for renewable projects, does not give biomass ventures free access to finance, and instead shows preference towards wind power.”