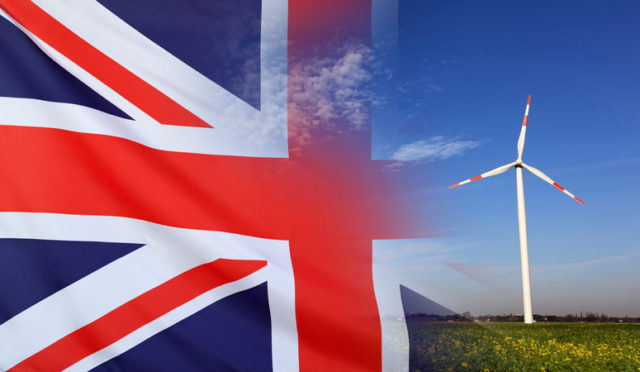 He said yesterday that some £160 million will be made available to upgrade ports and infrastructure while Scotland and Wales will hugely increase offshore wind capacity, which currently meets 10% of UK’s electricity demand.

This new investment will see around 2,000 construction jobs created and will enable the sector to support up to 60,000 jobs directly and indirectly, specifically through the manufacturing of next-generation offshore wind turbines.

The UK has the largest installed capacity of offshore wind in the world, with around 10GW in operation off its coasts. Johnson intends to build on this position, stating: “We believe that in ten years’ time, offshore wind will be powering every home in the country, with our target rising from 30 gigawatts to 40 gigawatts.”

In order to accelerate progress towards net zero by 2050, Johnson has also committed to create a new target for floating offshore wind to deliver 1GW of energy by 2030, and set a target to support up to double the capacity of renewable energy in the next Contracts for Difference auction, which will open in late 2021.

The rest of the Prime Minister’s ten-point plan for a green industrial revolution will be set out fully later this year.

The government’s plan for renewable energy forms part of wider efforts to ensure the UK meets its legally binding target to reach net zero emissions by 2050 and build back greener from coronavirus.

Industry reaction has been positive, however, it seems clear that the sector expects prompt and measurable actions to support the promises made.

“If carried through it would help cement the UK’s global leadership in this key technology. But delivering 40GWs of power onto the grid by 2030 requires action in this parliament.

“We now need to see the Prime Minister’s newly-found enthusiasm is followed through by knocking down all the barriers that the offshore wind industry faces in delivering its ambition.”

According to Patrick Erwin, policy and markets director Northern Powergrid: “Both the Prime Minister’s and the International Monetary Fund’s comments about clean energy being a catalyst for economic recovery struck a chord with us.

“We envisage a future where the push for net zero can be used as a stimulus for, not just global and national economies, but can also be the cornerstone of regional financial strength.

“As the electricity network operator for the North East, Yorkshire and northern Lincolnshire we already spend an average of £1m each day in our regional operations, supporting 2700 skilled local jobs and a vast supply chain. As we plan for the future of our business, we see the clean energy shift as a prime opportunity to bring both more financial development to the area and a chance to do more good for our communities, including enhancing support for those most vulnerable.”