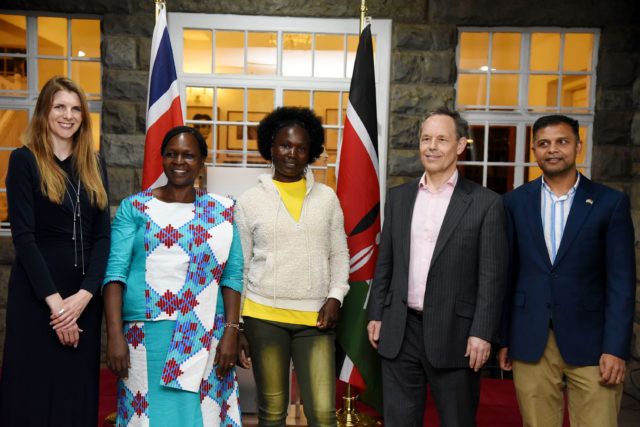 Azuri hosted its inaugural Women in Solar event at the British High Commission, where Azuri CEO Simon Bransfield-Garth launched the new initiative. The initiative will provide employment and training to 250 new female recruits.

Women currently make up 35 per cent of Azuri’s rural workforce in Kenya. Azuri’s CEO said the company is committed to increasing female representation, with the objective that 50 per cent of all new hires in 2020 will be women.

“At Azuri, we are committed to equality, fairness and respect and we recognise the solar energy sector offers women a source of well-paid employment with strong opportunities for career advancement,” explained Azuri CEO Simon Bransfield-Garth.

“We understand that empowering women brings huge benefits to our business and on the social front is critical to eradicating poverty and accelerating economic development.”

Azuri’s Brighter Lives initiative includes tailored recruitment specifically targeting rural women who are largely under-represented in the workplace. The company will deliver an enriched training curriculum across its regional training centres, which offer a flexible working environment with additional guidance given on balancing work with family duties and unlocking financial services previously unavailable to them.

The British High Commissioner, Jane Marriott said, “Today’s launch of Brighter Lives Initiative is a significant step towards supporting tackle some of the barriers women face. I am confident this Initiative will light the path for many more women to step up and change Africa’s future for the better.”

New recruits will be equipped with an Azuri Smartphone to help manage and track tasks and access learning and coaching tools. Female agents will also be invited to join internal social networks where they can connect with other women to learn, share and grow in their roles and responsibilities.

Through a partnership that commenced in 2018, leading consumer goods company Unilever’s Sunlight Brand will also add a boost to this initiative and reinforce its synergy with Azuri. The two firms came together to bring solar to millions of off-grid homes across Kenya, offering modern goods and services to enhance family life.

Justin Apsey, Unilever East Africa CEO, commented, “Unilever welcomes Azuri’s Brighter Lives Initiative as we expand our Azuri-Sunlight partnership in rolling out renewable energy and sustainable solutions that respect gender equality. By creating and supporting opportunities for women in society and the economy, there couldn’t be a better way to lead in creating a brighter future for all Kenyans as we turn the world into a more prosperous place to live for everybody.”

Azuri’s Women in Solar Event, hosted at the British High Commission in Nairobi, was attended by representatives from the off-grid solar industry who heard from women directly benefiting from off-grid solar, be it through employment opportunities, or freedom to enjoy other activities.

Azuri has been operating in sub-Saharan Africa since 2012 and has sold more than 200,000 systems to date.

In Kenya alone, Azuri has already invested around KES 2Bn to date with access to a further KES 2Bn in debt funding.

African Utility Week and POWERGEN Africa will feature innovative companies accelerating decarbonisation at the African continent’s largest gathering of companies driving and leading the energy transition. Are you going to be there? Click here to join us in Cape Town between 12 and 14 May.