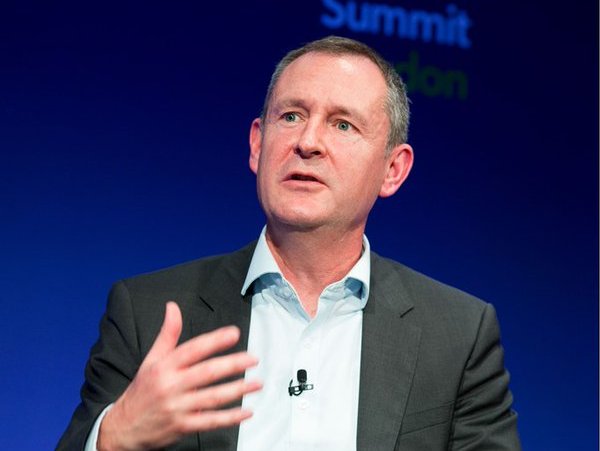 The boss of àƒËœrsted UK said yesterday that switching to 100 per cent renewables was “a sustainable business model, and frankly, it’s the only business model”.

“If you don’t make the switch then you won’t survive,” said Matthew Wright.

He was speaking at the Bloomberg Sustainable Business Summit in London ” held, appropriately, in Bloomberg’s new Norman Foster-designed building, which has taken an award for being the most sustainable office building in the world.

Wright was illustrating how the Denmark-headquartered energy firm àƒËœrsted was proceeding with its move to be green energy company, a strategy that started in 2017 with the divestment of its oil and gas business, which in turn meant ditching its suddenly-redundant previous name DONG (Danish Oil and Natural Gas), and replacing it with a new one named after Danish scientist Hans Christian àƒËœrsted, who discovered electromagnetism.

He told an audience of sustainability business leaders that “climate change is not a risk ” it’s a reality. By purchasing green energy, businesses can play a vital role in shifting demand away from fossil fuels and accelerating the transition towards a low carbon economy.”

At the end of last month, àƒËœrsted announced that the former coal-fired Studstrup Power Station nearà‚ Aarhus in Denmark would run on straw and wood pellets at the same time.

“It’s very positive that we now have the opportunity to use straw from Danish fields as a supplement to our wood pellets,” said Thomas Lyse, senior director in àƒËœrsted responsible for procuring fuel. “Using different fuel types gives us greater reliability of supply, and it makes perfect sense to use the residual products that are in our backyard.”à‚

àƒËœrsted also has a straw-fired boiler at Avedàƒ¸re Power Station, which converts approximately 130,000 tonnes of straw to district heating each year.à‚
……
Re-Imagining Coal Plants will be one of the Knowledge Hubs at POWERGEN Europe and European Utility Week in Paris in November. The events will also explore in detail the trands and technologies of Europe’s energy transition.à‚