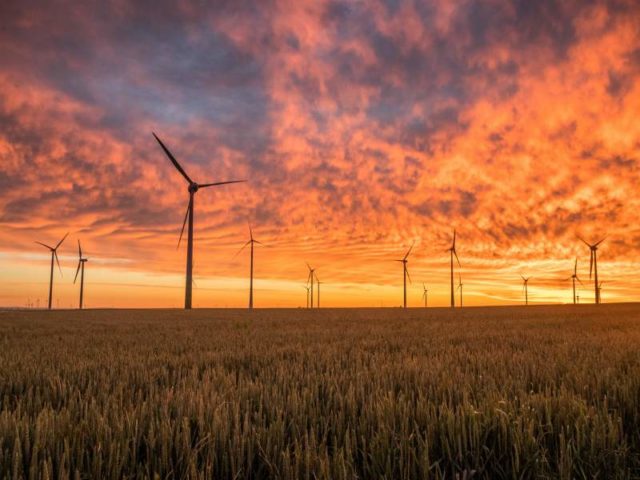 South Africa remains the continent’s wind powerhouse, but other countries are catching up fast, experts said during the country’s windpower conference, Windaba.

In terms of energy generation capacity, Africa’s energy mix is no longer confined to oil, coal and gas.

According to estimates by the Global Wind Energy Council (GWEC), the Southern African Development Community (SADC), a region comprising 16 countries, alone has a wind energy potential of around 18 GW.

“This is one-third of the region’s current power pool,” said Johan van den Berg, head of the Africa-EU Energy Partnership (AEEP) Secretariat. “The East Coast of Africa, stretching from Northern Mozambique to Kenya, has a huge potential.”

“Namibia’s National Integrated Resource Plan calls for 149 MW of wind energy to be developed by 2035,” she said. “Tanzania, in the meantime, has plans to develop four onshore wind energy projects with a total capacity of 550 MW. Recently the country announced a 300 MW wind farm of which construction will start soon.”

“Besides strengthening our overall energy security, the South African wind energy sector has attracted R80.6bn ($5.3bn) worth of investments since 2011, of which Foreign Direct Investment (FDI) accounted for R13.2bn ($907m),” said Ntuli.

A strong political will has been a crucial ingredient in these achievements, Ntuli said. “The value of the leadership demonstrated by the government at the moment cannot be understated – it is directly driving the return of investor confidence,” she explained.

A second but no less important role player in creating and developing South Africa’s wind energy ecosystem has been the quality of the resource. “A study by the Centre for Scientific and Industrial Research (CSIR) indicates that the wind resource potential in South Africa is extremely good. It has concluded that wind turbines with extraordinarily high load factors could be operated on 80% of our surface area, along the coast but also inland,” Ntuli said.

Miguel Arias Canete, commissioner for Climate Action and Energy at the European Commission, noted that developing a wind energy ecosystem in South Africa has not been just about generating clean and affordable power and attracting investment. It is also about stimulating job creation.

According to SAWEA statistics, South Africa’s wind IPPs helped create 10,099 job years since 2011. That is a third of all job-years created by all 112 renewable Independent Power Producers (IPPs) that fall under the REIPPP.

“South Africa’s engagement has allowed the development of a vibrant industry on the continent and has contributed to creating local employment in the sector,” Canete said.

Ntuli agrees and says her own organisation played a pivotal role in this. “SAWEA has illustrated that by adopting an approach that both smooths out annual wind energy procurement and raises annual procurement limits on renewables can create many more jobs in construction and manufacturing.”

Whilst South Africa should definitely be seen as an African wind energy role model, Van Den Berg stressed that one shouldn’t copy what the country has done.

“Markets vary. There needs to be a localised approach to developing sustainable wind energy sectors in the region,” he said, noting that the country can nevertheless teach the rest of the continent a few lessons in terms of developing a resilient and investor-friendly wind energy sector.

“The first thing countries need to do is to make sure policies and regulatory frameworks are optimised and are stable. This is necessary to have financiers back projects,” he explained. “They need to have a sense of comfort that the rules will stay the same for the duration of a project and that their investment is safe.”