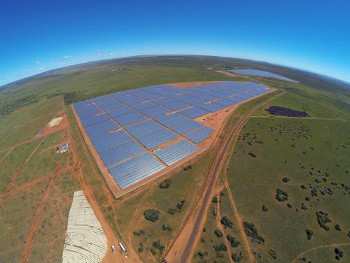 According to figures from solar sector analysis group Wiki-Solar, the nation has connected 15 solar plants with a combined capacity of over 500 MW to the grid.

Four utility-scale photovoltaic plants (defined by WikiSolar as 4 MW and above) have recently come online in South Africa as part of its independent power producer procurement programme for renewable energy. These include two 66 MW plants at Lesedi (pictured) and Letatsi, developed by US-based SolarReserve and South Africa’s Intikon Energy and grid-connected in May. A project developed by another US solar firm, Sunpower, came online in June.

Wiki-Solar’s Philip Wolfe commented, “France and Italy’s position in the top 10 may now be under threat. Substantial pipelines of projects, not only in South Africa but also in Japan and Chile, suggest that they too will soon be contenders for solar power’s First Division.”