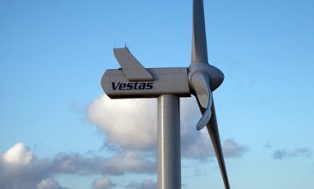 The company has secured two orders in India to provide a total of 51.8 MW of turbines to two wind farms being built by power company Powerica in Gujarat.

Both orders comprise the delivery, installation, and commissioning of 25 V100-2.0 MW and one V100-1.8 MW turbines. The 21.8 MW Jangi wind farm is set for commissioning in July this year while the 30 MW Charbara project is expected in March 2015.

The order consists of 12 V112-3.0MW turbines which will be deployed at three projects in Gollheim, Niederhausen an der Appel and Alsenz this summer.

The contract involves the supply, installation and commissioning of the turbines, along with a VestasOnline Business SCADA solution and a 15-year full-scope service agreement.

Juwi Wind founder Matthias Willenbacher said the deal was “another step in the positive development of wind energy in Germany”.