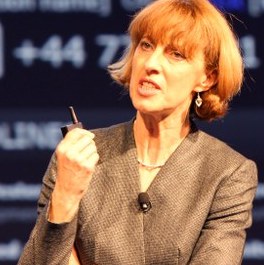 The United Nation’s chief environment scientist has slammed the UK government for its recent cuts in support for renewable energy.

It is unusual for the UN to single-out a particular government for criticism, however Prof Jacquie McGlade has branded Britain’s actions as “perverse”.

She said that as more and more countries around the world were adopting and spending money on renewable energy objectives, the UK was going in the opposite direction.

She said that recent reductions in subsidies for wind and solar, coupled with tax breaks for oil and gas, sent out the wrong message ahead of next month’s UN climate summit in Paris.

In an interview with the BBC, Prof McGlade said: “What I’m seeing worldwide is a move very much towards investment in renewable energy. To counterbalance that you see the withdrawal of subsidies and tax breaks for fossil fuels.

“What’s disappointing is when we see countries such as the United Kingdom that have really been in the lead in terms of getting their renewable energy up and going – we see subsidies being withdrawn and the fossil fuel industry being enhanced.”

She said the UK was sending “a very serious signal ” a very perverse signal that we do not want to create”.

Prof McGlade is not the first high-profile person to voice concerns over the UK government’s direction on renewable energy. Last month John Cridland, head of the Confederation of British Industry (CBI) also said investors would be put off Britain by its latest policy decisions.

He said that the “green economy is an emerging market in its own right, brimming with opportunity” but added that “with the roll-back of renewables policies and the mixed messages on energy efficiency, the government risks sending a worrying signal to businesses”.

And also in September, the UK dropped out of the top ten countries for renewable investment in an annual ranking compiled by analysts at EY.

Ben Warren, EY’s Energy Corporate Finance Leader said that investors are “trying to make sense of what seems to be policy-making in a vacuum, lacking any rationale or clear intent. Worryingly, this trend of inconsistent policy tinkering could also sour investor confidence in other areas, such as new nuclear, carbon capture and storage and shale gas, as well as offshore wind.”

In response to Prof McGlade’s comments, a spokesperson for the Department of Energy and Climate Change said that the government was “absolutely committed to getting a global deal in Paris, which will create a level playing field for businesses, driving innovation and growing the low carbon economy”.