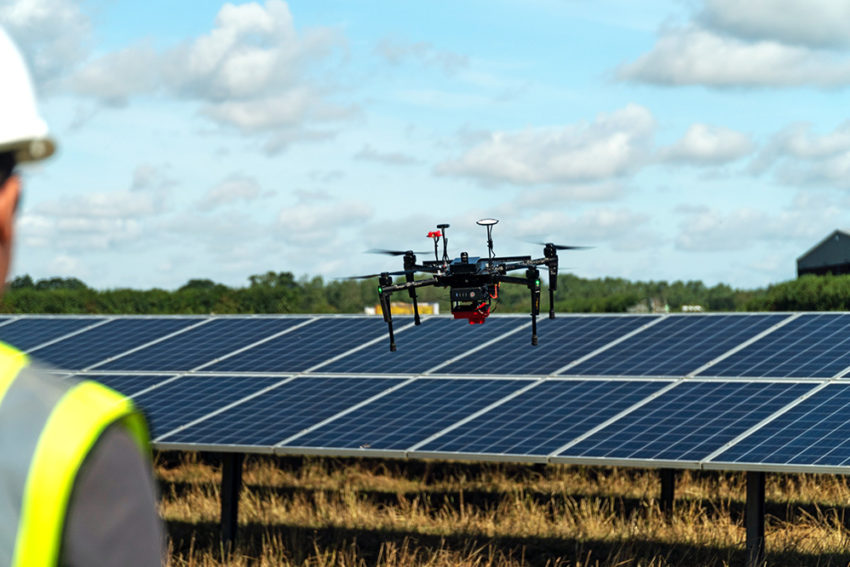 The buy means Above (formerly Above Surveying) has broken into the German market and it says it will also strengthen its presence in other European countries.

Above has been a pioneer of combining drone-based inspections of solar plant with cutting-edge data solutions.

“Digitalisation and automation ofà‚ solar inspections will play a fundamental role in the increasing deployment of utility scale-solar” said Will Hitchcock, founder and chief executive of Above.

He said that “it is now well established that thermography provided by drones is the most efficient way of analysing the health of large-scale solar assets”.

He added that Ucair and Above “have been anticipating the digital transformation needed in the solar industry and have both invested heavily into the automation of their analysis process ” but more importantly ” into digitalisation and data mining”.

the automation of aerial inspections,” he said. “Together we will draw on our market knowledge to strengthen our service offering and software capabilities.”

Above and Ucair have already collaborated over the past two years in a bid to improve best practices in the sector and ucair chief executive Viola Hoffmann said “this has made the union of the two companies a logical next step”.

Feature:à‚ Above and beyond traditional inspections