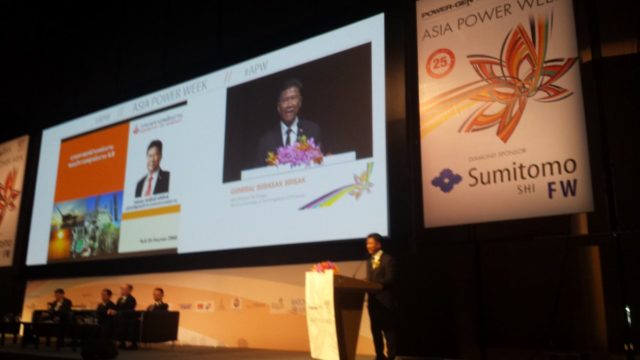 General Surasak Srisak told Asia Power Week in Bangkok that the 20-year strategy was intended to cut energy consumption by 10 GW by 2036.

He said this would be done by a shift to clean energy, greater use of efficiency measures such as LEDs, and improving infrastructure.

And he added that by 2036, Thailand planned to have 30 per cent of its energy mix accounted for by renewables, including biomass, biogas, solar and wind.

“We can see that renewables are needed,” he said. “The role of renewables will be intensified.”

He was speaking on the first day of Asia Power Week – which unites Renewable Energy World Asia and POWER-GEN Asia, which is celebrating its 25th anniversary.

He also stressed that the 20-year plan would include projects to accelerate smart grid, microgrid and energy storage development.