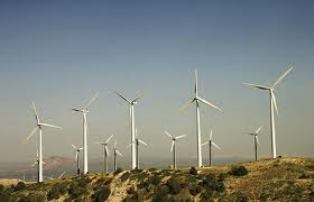 The company, which focuses mainly on thermal power but has an installed renewable power capacity of over 1 GW, plans to add 150-200 MW of wind capacity and 30-50 MW of solar power each year, with a projected annual spend of $260 million.

Tata currently operates around 400 MW of wind and 30 MW of solar projects.

A 39 MW wind farm in Gujarat is the latest addition to Tata’s renewable portfolio.

“After we announced the Gujarat acquisition, we have got a lot of interest from other owners of solar and wind operating assets who want to exit their investment, so we are evaluating a lot of these opportunities,” Rahul Shah, Tata’s chief of business development for India business and renewables, told Reuters.

Projects being evaluated for potential purchase include 370 MW of renewables, Shah said, with new acquisitions projected to happen before the end of the fiscal year in March.

Tata recently announced a 61 per cent increase in power generation for the 2013-14 fiscal year to date. The utility put its total power generation at 8.5 GW, with 1.4 GW coming from its renewable power plants.

India’s growing energy demand coupled with fossil fuel shortages and high-profile blackouts has given rise to a national focus on renewables. The country aims to double its renewable energy capacity from its current 27 GW to 55 GW by 2017, with plans to install 30 GW of wind power by that year and 20 GW of solar power by 2022.