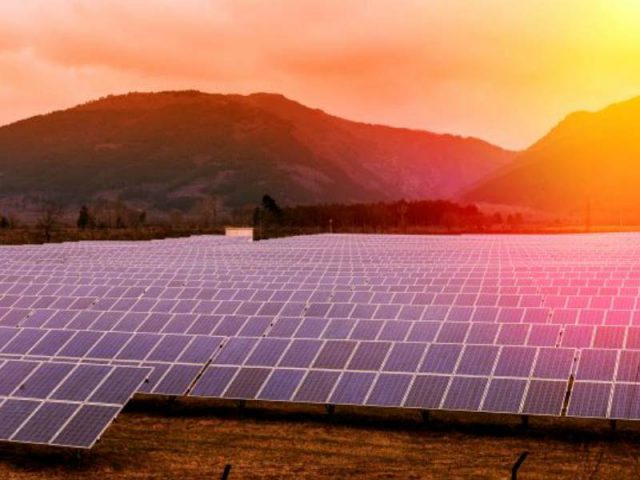 Solar panel arrays have been popping up across farmlands in Afghanistan to turn arid land into fertile ground. This has been widely evident in the region’s burgeoning poppy market, where solar-powered irrigation systems are boosting opium cultivation.

According to UNODC, the UN body responsible for tracking and tackling illicit drug activity, almost 80% of all Afghan opium now comes from the south-west of the country.

In total, Afghanistan is believed to be responsible for more than two-thirds of the world’sà‚ illicità‚ opiumà‚ supply, opium that provides the resin to make the highly addictive drug heroin.

The total opium-poppy cultivation area in Afghanistan was estimated at 263,000 hectares in 2018, with Helmand being the leading cultivating province.

However, the entire region has been heavily affected by drought and poor water management in recent years. As a consequence, the poppy harvest and opium income declined drastically.

The traditional Kareze irrigation system used by local farmers no longer supplied the needs of Afghanistan’s growing agricultural sector. The system is an ancient one that uses tunnels and wells to transfer water over great distances to farmland.

The solution, however, was found in solar panels connected to a pump that pulls up groundwater for use when the irrigation canals dry up. Farmers drill down 100m (325ft) to reach groundwater, put in an electric pump and connect it to solar panels causing water to flow.

Before solar, farmers had to run the pump with a diesel generator. However, very expensive fuel was limiting the amount of water they could pump. Now, a farmer can fill a large reservoir using two arrays of 18 solar panels powering two electric pumps.

An upfront payment of $5,000 – $7,000 will procure an array of solar panels and an electric pump. Once installed, the system pays for itself due to almost zero running costs.

According to BBC reporter Justin Rowlatt the use of solar technology is becoming popular rapidly. The first Afghan farmer used PV in 2013 and the following year traders started stocking a few solar panels in Lashkar Gah, the capital of the Helmand province. Since then growth has been exponential, with sources counting 67,000 solar arrays just in the Helmand valley.

Afghanistan’s electricity mix is dominated by electricity imports that are complemented by domestic hydropower. The country has limited natural sources of electricity and is importing from four neighbouring countries: the Islamic Republic of Iran, Tajikistan, Turkmenistan, and Uzbekistan.

The country is set to increase renewable energy with a focus on solar. In late 2019 Afghanistan’s Ministry of Energy & Water issued a tender for a 40MW solar project at an unspecified location in Herat province, in the northern part of the country.

The project will be based on the model risk allocation, documentation and methodology developed under the World Bank Group’s ‘Scaling Solar’ initiative.

Scaling Solar is an open, competitive and transparent approach that facilitates the rapid development of privately-owned, utility-scale solar PV projects, offering a ‘one-stop-shop’ package of contracts, financing,
guarantees and insurance. The initiative will see several tenders being launched in the future.

Afghanistan is among the poorest countries in the world and the economy heavily relies on agriculture. Poppy cultivation has become a key source of income for Afghan farmers and a key component of the national economy.