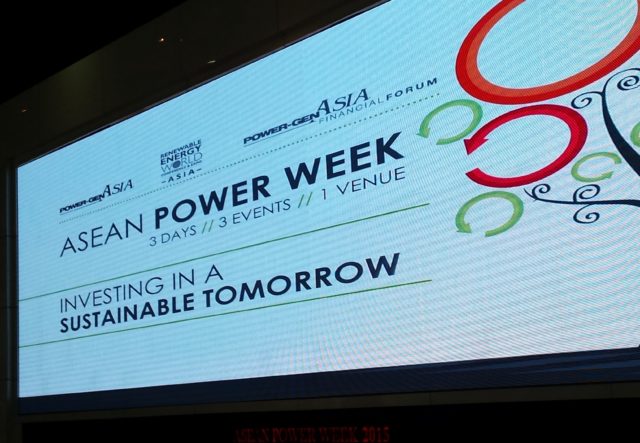 The biggest challenge to adding power generation capacity in Asia is regulatory and policy uncertainty.

That was the opinion of an audience at POWER-GEN Asia in Bangkok who took part in an electronic voting session which gauged their views on several key issues facing the ASEAN region.

Some 75 per cent thought regulatory and policy uncertainty was the biggest hurdle to building new capacity, while the second biggest obstacle with 13.9 per cent of the vote was financing.

The audience were then asked, what will be the dominant energy source in Asia in the next five years? Some 59.9 per cent said coal, 29.7 per cent voted gas and 10.8 per cent opted for solar, while no-one saw a five-year future for nuclear or wind.

But with the question opened out to a time span of beyond five years, the answers changed to gas 44 per cent, solar 27.8 per cent, coal 22.2 per cent and nuclear 5.6 per cent – still no-one was putting any faith in windpower.

The audience were asked, what are the chances were of more Asian countries starting a nuclear programme. The majority (47.4 per cent) felt it was unlikely, while 28.9 per cent thought it moderately likely. Sarah Fairhurst, a partner in Hong Kong’s Lantau Group, suggested this result was because nuclear “correlates with the rise of solar. Nuclear’s big benefit has always been that it is low carbon, but if you can find something just as low carbon, then it diminishes.”

Wittenstein had earlier told the audience that investment in OECD countries has shifted from coal and nuclear to gas and renewables, but these economies still rely on a legacy of regulated investments.

He said that renewables costs have come down “to a level that some years ago would not have been thought possible. The market case for renewables is becoming more and more clear in many markets.”

“Market integration of renewables will send signals to develop more system-friendly solutions. We need more market perspective on how better to integrate renewables into the system.”