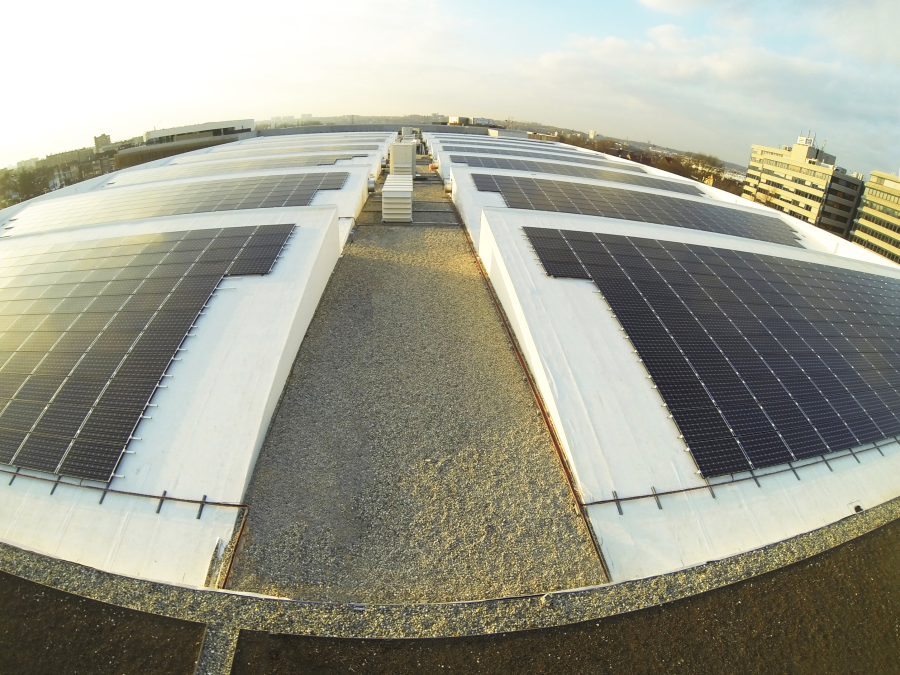 Martifer Solar has completed the construction of a 738.45 kWp PV system on the rooftop of the Decathlon building in Evere, Belgium, for the company Orka NV. The building hosts the largest Decathlon store in Europe and currently stands as one of their largest stores in the world.

As the engineering, procurement and construction (EPC) services contractor for the PV plant, Martifer was responsible for installing the project with an area of 10,600 m2 and using 2,735 monocrystalline solar panels.
à‚

The PV plant will produce an estimated 632.3 MWh a year, which will offset the emission of more than 140 tons of carbon dioxide annually.

‘With this realization Orka’s capacity in rooftop PV in the Brussels region totals 7 MWp, divided over 6 rooftops,’ says Jan Heyse, Managing Director of Orka, investor and asset manager for the project.