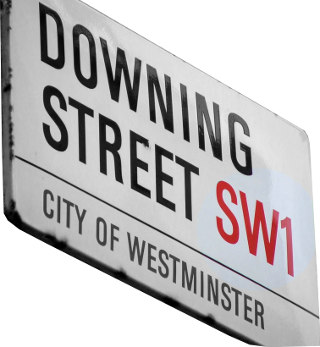 While Secretary of State for Energy Ed Davey keeps his job – there was never any doubt that he would not – his two ministers have changed.

Former Energy Minister Michael Fallon – who also served as minister for Business, Innovation and Skills – has been promoted  to Defence Secretary, while Greg Barker, who as Minister for Energy and Climate since the government came to power in 2010 was the longest serving energy minister – has resigned from the government.

In his resignation letter to Cameron, Barker said that “on the basis of what we have already delivered, this is genuinely the greenest government ever”. He cited several initiatives as successes, including the formation of the Green Investment Bank, an expansion of decentralised energy and the establishment of marine energy parks.

Barker was well-regarded by many in the power industry, particularly those in the renewables sector.

David Taylor, Business Development Manager at UK-based Flogas Renewables, said Barker had been a “well-respected advocate of growth for the UK solar market”.

“There is no doubt that representatives across the industry will miss Greg Barker’s commitment and enthusiasm to delivering renewable solutions.”

However he added that “the overhaul of the department presented a very real opportunity to channel renewed energy into renewables”.

Dr Nina Skorupska, chief executive of the UK’s Renewable Energy Association, said: “Greg Barker was the only DECC minister to have been in post since the last election. Not only did he bring stability to the department, he also brought passion and enthusiasm. Although during his stewardship he had to make tough decisions we didn’t agree with, there is no doubt that Greg was a champion for green business. I hope he continues to be an advocate for a low carbon economy, ensuring the UK’s energy is sustainable and secure.”

Maria McCaffery, RenewableUK chief executive, added: “RenewableUK is also grateful to Mr Barker who, during his long time as Energy and Climate Change Minister, was a consistent advocate for renewable energy in government. Mr Barker devoted considerable energy and enthusiasm into advancing our world-leading wave and tidal sector, and we look forward to working with his successor on marine and small wind issues”.

Barker is being replaced by Amber Rudd (pictured right), who was previously not in the Cabinet, while Fallon’s successor is Matthew Hancock (pictured above). Both have a background in banking and economics and both have worked for UK Chancellor George Osborne. Indeed, some industry observers see their appointments as a means of the Treasury keeping a grip on the purse-strings on the Department of Energy and Climate Change.

Ed Davey said of the new appointments: “I’m looking forward to welcoming Matthew Hancock and Amber Rudd to DECC. They join us as we are increasingly demonstrating the success of our policies to meet Britain’s energy and climate change challenge. I know their combined experience and abilities will be an enormous asset as we complete this Government’s work.

“I want to thank Michael Fallon and Greg Barker for their immense contributions to turning around the legacy of energy underinvestment we inherited. I was particularly grateful to Greg for his support on my battles on climate and to Michael, for his backing for my pro-competition approach to the Big Six.”