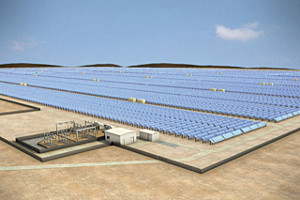 The growth in electricity demand in the Latin American countries, as well as greater support from governments and a buyer’s market for photovoltaic (PV) equipment are boosting solar development in the region.

This is according to the latest edition of the BNamericas Electric Power Intelligence Series Report: Solar Power in Latin America.

According to the report, Latin America’s utility-scale solar capacity has ballooned to 303 MW, which is six times greater than at the end of 2012.

The majority of capacity is in Chile because of the Atacama Desert’s world-class solar resources (pictured).

Mexico has a project pipeline of 970 MW under a scheme that enables private companies to sell electricity to state utility CFE.

Peru, which shares the Atacama Desert with Chile, has also issued feasibility study permits for 730 MW of solar projects, in addition to the 80 MW currently connected to its grid.

Finally, the government of the Brazilian state of Pernambuco tendered 123 MW of PV capacity in January.