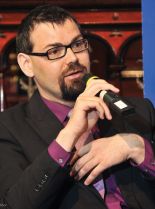 Laszlo Varro, chief economist at the International Energy Agency, has told a gathering of power professionals at the Eurelectric annual conference in Portugal, that the majority of power grid networks are ‘completely inadequate’ for the newly emerging energy system.

Varro said that technologies like residential solar and electric vehicles needed a more modern system in order to have full effect. The majority of networks are still following a regulatory regime that is “completely inadequate”, he said.

“The [EU’s] market reform package is very much moving in the right direction, but what is very much trapped in the 1970s is network regulation.”

Now of course with the new electricity system, you will have a solar panel on your rooftop, and your neighbour will charge his or her electric car, and your other neighbour will have a battery in his garage or maybe a heat pump, so you have a much broader variety of both production and also flexibility sources in the system. And with a conventional network tariff system, when you buy an electric car, you pay more for the network, because you pay for every kilowatt hour that your car will charge, despite the fact that your electric car can be a very valuable asset to the networkà¢€¦We think regulation of the electricity network will have to be adjusted to the emerging new technologies.”

In an interview with Euractiv, Varro added that there needs to be a regulatory regime in which the electricity network is an effective investment for private investors.

“Distribution was a neglected stepchild of the electricity system, it was seen as a passive part of the system.”