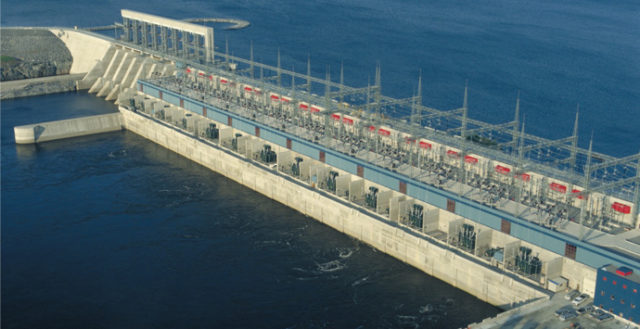 Hydropower is predicted to provide half of all Canada’s cumulative installed power generation capacity by 2025.

A new report out this week forecasts that hydropower will remain the dominant power source in Canada’s energy mix over the next decade, with its installed capacity due to increase from around 77.6 GW last year 2014 to an estimated 84.8 GW by 2025.

And the study by research firm GlobalData states that in that same forecast period, other renewable sources, including wind, solar, biomass and biogas, will contribute 34.9 GW to the country’s energy mix, a 20.3 per cent share.

Chiradeep Chatterjee, GlobalData’s senior power analyst, said that the advent of federal and provincial policies supporting clean power means that Canada’s hydropower capacity is expected to increase at a high rate compared to coal and nuclear capacity in terms of future power generation.

Chatterjee explained: “Canada is a global leader in hydropower generation, with the technology favoured as a low-cost base-load power source that does not emit greenhouse gases.

“While installed hydropower capacity is expected to increase at a modest compound annual growth rate of 0.7 per cent, a number of large hydropower projects are currently in the construction phase and the country has the infrastructure in place to cope with more than double its current hydropower capacity.”

Chatterjee added that after hydropower, the foremost renewable sources over the forecast period will be wind and solar, with installed capacities of 24.9 GW and 6.9 GW respectively by 2025.

The analyst said: “With concern over rising carbon emissions and the possibility of outages at fossil fuel-based power plants, wind and solar capacity additions are expected to increase to meet rising demand.

“Government support could encourage the provinces of Quebec, Manitoba, Ontario, and Alberta to make large wind power capacity additions, while solar photovoltaic incentives, such as the Ontario Feed-in Tariff Program, will drive solar installations during the forecast period.”