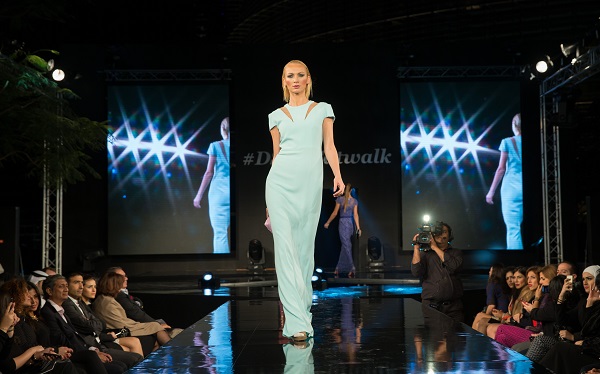 The influence of the so-called Three Ds of decarbonization, decentralization and digitalization is affecting energy markets globally.

In Europe all three have fundamentally changed the electricity landscape, but how is each playing out in Asia, a region where markets vary from high-tech smart cities to vast regions with poor electrification?

John Yeap is a partner with Pinsent Masons in Asia. Based in Hong Kong, he has seen the Asia sector change and has his finger on the pulse of its evolution.

“There is no doubt that the energy market in Asia is one where there is still a significant amount of potential for growth, with the need for new capacity,” he says.

“This has been the case for the past two decades and continues to be so. What we are seeing now, however, is Asia trying to wean itself off coal.

He states that until now, coal was the number one choice for new power plants in the region because it was the most cost-effective option.

However, post-Paris Agreement, one of the key themes across Asia is an increasing number of regional governments putting in place measures to move their countries away from coal in a bid to decarbonize their energy supply.

“We have seen places like Indonesia, which has always been one of the countries that embraced coal, recently saying that there will be no more coal-fired power plants in the main island of Java.

“We are seeing similar policy changes in Vietnam, which has also been a strong supporter of coal projects until recently, and now there is a discernible move away from coal.”

So that leaves Asia with three options: nuclear, gas and renewables. How does Yeap see each developing?

“New nuclear won’t happen in Asia in any meaningful way apart from China,” he says. “There is a move away from it in Taiwan and Japan and for the countries in the south of Asia, the range is too small and the cost is too great.

“So that leaves gas and renewables and we are seeing a step-up in those areas. However, they bring their own challenges.

“Asia has traditionally been an exporter of LNG – such as Malaysia or Indonesia – and now we are seeing a change where these countries are becoming LNG importers. Which raises the question of ‘how do we put an LNG train into Asia’? It’s a very fractured market and there’s a big cost involved in LNG. And each of the individual markets – whether its Malaysia, Indonesia or the Philippines – are relatively small to support large LNG. So there are a lot of discussions around just how do you build gas to power.”

He adds that the main players in the gas-to-power sector are the Philippines, Indonesia, Malaysia and Vietnam.

In the renewables market, Yeap says that around two years ago, the Philippines “was probably the poster boy for renewables in Asia” with strong solar feed-in tariffs. However, he explains the country has “now seen too much success on the solar side in the same way as there were problems in Spain and Germany 10 years ago. We have solar plants that are built and not connected. The implementation of the policy has waned in the last year or so.”

Other renewable success stories are the work being done by the governments in Thailand and Malaysia.

He says the two latecomers to the renewables market will be the ones to watch: Indonesia and Vietnam. “They have the most potential for growth in Asia in the renewables sector.”

However, he stresses that with renewables “there are issues around land shortage – just how many renewables can you put in? There is not too much wind around the equator and solar obviously has huge potential but it is constrained by land.”

The one aspect of renewable energy that is well established in Asia in biomass. “It’s the the granddaddy of renewables in Asia,” sayd Yeap, “simply because a lot of biomass is agriculture-based and a lot of Asian economies have a very strong agricultural element. Biomass has been around for a long time in Asia. The challenge for biomass is the cost of collecting the biomass – you need to aggregate a lot of it for a power project and the cost of collecting it is quite significant. And that cost goes up even more when the sellers realize there is a value to what was traditionally waste.

“The other challenge is that there just isn’t the scale of biomass to provide the power that a country may need.”

He says there is no doubt that Asia will see a rise of decentralized energy. “The country in Asia that people generally point to when talking about decentralized energy is Myanmar. This is a country that has so very little in terms of electrification and a very poorly-developed grid system. It is almost ideal for decentralized power because you can plug in solar rooftops to a village and there you go. These are not areas which require a significant amount of power.”

However he adds that “the issue with decentralized power across much of Asia is that in many countries – such as Thailand, Vietnam, Indonesia – deregulation has not taken hold completely, so we still have vertically-integrated utilities. Therefore, there are limits to what you can do in terms of buying and selling power direct.

“But we are seeing Indonesia looking to do projects on some of the smaller islands.”

But he predicts that “decentralization in the context of what we have seen in Europe is not something that I think will happen in Asia any time soon, but around the fringes – quite possibly.

So having discussed two of the ‘three Ds’ – decarbonization and decentralization – what of the third: digitalization.

Yeap says that the Asia’s many heavily-regulated markets make access difficult for the ‘disruptors’ that have enabled digitalization to thrive in Europe.

Join the debate: Experts from Pinsent Masons will be speaking at POWER-GEN Asia in Indonesia next month in sessions covering the following topics: Financing in Asia; Applying Smart Technology; Disruptive Trends: Threat or Opportunity?; Unlocking the Potential of AI & Blockchain; and Electric Vehicles and Infrastructure. For more details click here.