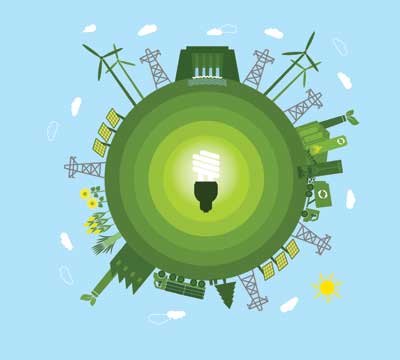 Data crunched by UK commercial law firm EMW found that patents filed for solar, wind, biofuels, hydropower, geothermal and waste-generated energy have almost doubled over the last five years, up from 7700 in 2013.

And more than half (56 per cent) of the total green energy patents filed last year were for solar power.

Companies in China filed 76 per cent (11,300) of the renewable energy patents in 2017, the most of any country, while the US, in second place, filed 10 per cent (1500). China is currently the biggest manufacturer of solar panel technology and invested more than $44bn in clean energy projects last year in 2017 according to Institute for Energy Economics and Financial Analysis.

In third place was Australia, followed by India, Canada, Russia, the UK, South Korea, Malaysia and The Philippines.

EMW said that clean energy products are increasingly being patented as the cost of renewable energy production falls, incentivising companies to invest more into innovation and R&D in this sector. Another incentive is the fact that renewables are becoming less reliant on government subsidies.

James Geary, principal at EMW, said that “the rising profitability of green energy has prompted many companies to invest in developing and patenting filings as innovation races ahead”.

“International efforts to reduce reliance on fossil fuels and cut carbon emissions by focusing on renewables has continued to grow. China, for example, set emissions limits in 2017 for power companies’ use of fossil fuels, as part of efforts to slow down their consumption of coal, gas and oil.”

“As a result, more companies globally are now increasingly incentivised to invest in R&D. In addition, many companies are also now enthusiastic to highlight their ‘green’ credentials in response to growing public and consumer awareness of environmental concerns.”

However, he added that “there are concerns that the US could see a drop in patenting green products as the Trump administration looks to cut government research spending in the industry”.

And he also explained that the rise in patents “may also be in part due to concerns about the effect that Brexit may have on the proposed European Unitary Patent system. Some businesses may be racing to patent products, to avoid potential difficulties if obtaining patents in EU countries become more difficult than is currently the case.”

At European Utility Week next month in Vienna there is a special focus on the Low Carbon Energy System. Click here for details.