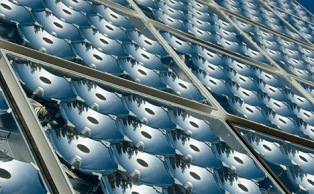 The cumulative installed capacity of the global concentrated photovoltaic market is expected to triple in the next six years according to a new report.

The analysis from GlobalData forecasts that the sector will “undergo a major growth spurt” and jump from the current 357.9 MW to 1043.96 MW by 2020.

According to the report, China and the US dominated the global CPV market in 2013, with their cumulative installed capacity reaching shares of 35.4 per cent and 33.3 per cent respectively. Spain was third with 12.2 per cent, followed by Portugal and Italy, with shares of 5.1 and 4.3 per cent.

GlobalData’s alternative energy analyst Swati Singh said that “the CPV market is at a nascent stage, especially with the technology evolving and achieving new heights of efficiency improvement”.

“Companies that have been successful in operating CPV prototype systems in pilot sites are now progressing towards multi-MW CPV projects.”

Two CPV power plants came online in 2012 and 2013: Amonix’s 30 MW facility in Colorado and Suncore’s 50 MW operation in Golmud, China, which is currently the largest CPV plant in the world.

However, GlobalData states that despite these developments, it forecast for market growth is conservative. It says that “from 2009, many companies in the CPV industry, both small and large, either had to close down their businesses due to bankruptcy, or were acquired by other companies”.

Singh said: “A further concern in the CPV industry is the reliability and performance of the systems, although significant efforts have been made to develop International Electrotechnical Commission standards for CPV-system certification.”