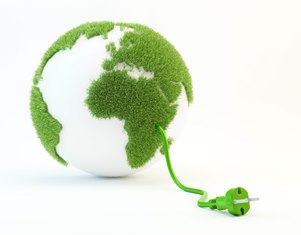 Despite a record year for offshore wind finance, new global investment in clean energy fell 18 per cent last year to $287.5bn, according to new research.

“After years of record-breaking investment driven by some of the world’s most generous feed-in tariffs, China and Japanà‚ are cutting backà‚ on building new large-scale projects and shifting towards digesting the capacity they have already put in place,” explained Justin Wu, head of Asia for BNEF.

He said that China “is facing slowing power demand and growing wind and solar curtailment. The government is now focused on investing in grids and reforming the power market so that the renewables in place can generate to their full potential.”

In Japan, Wu said that “future growth will come not from utility-scale projects but from rooftop solar systems installed by consumers attracted by the increasingly favorable economics of self-consumption”.

The brightest spot in the global clean energy investment picture in 2016 was offshore wind, where capital spending commitments hit $29.9bn, up 40 per cent on the previous year.

BNEF said this was because “developers took advantage of improved economics, resulting from bigger turbines and better construction knowhow”.

Jon Moore, chief executive of BNEF, said: “The offshore wind record last year shows that this technology has made huge strides in terms of cost-effectiveness, and in proving its reliability and performance. Europe saw $25.8bn of offshore wind investment, but there was also $4.1bn in China, and new markets are set to open up in North America and Taiwan.”

Even though overall investment in clean energy was down in 2016, the total capacity installed was not. Estimates from BNEF’s analysis teams are that a record 70 GW of solar were added last year, up from 56 GW in 2015, plus 56.5GW of wind, down from 63GW but the second-highest figure ever.