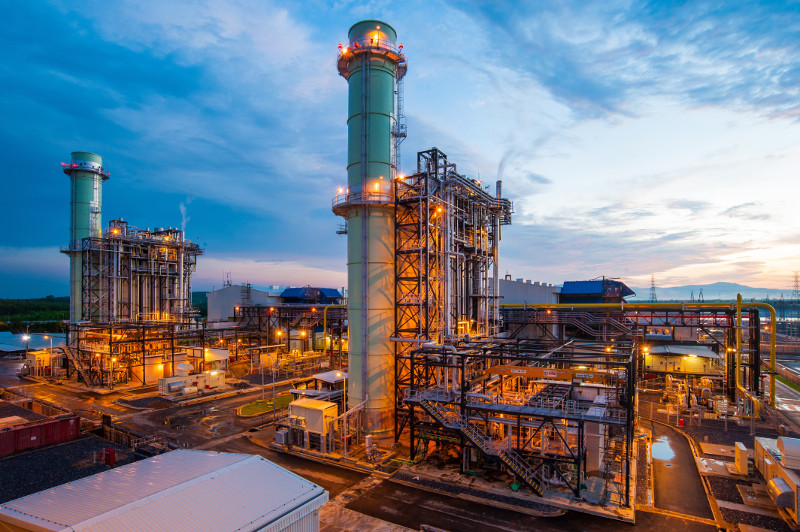 Rising carbon costs and coal plant closures across Europe have resulted in gas-fired power generation overtaking output from other forms of fossil fuels for the first time in recent history, according to analysts.

A new report from energy market analyst EnAppSys showed that gas plants across Europe produced 117 TWh of electricity in the first quarter of 2019, compared with a combined 110.9 TWh from coal, lignite and gas-to-coal plants. These figures are based upon the reporting of fuel mix through entsoe which is a largely complete dataset.

EnAppSys says this is “a dramatic shift” from Q1 of 2015, when coal and lignite plants provided more than double the electricity generated by gas plants (159.6 TWh against 61.3 TWh). Since then, levels of generation at gas-fired plants have risen by 91 per cent whilst levels of generation from coal sources have dropped by almost a third.

The report found that although overall renewable output declined 8 per cent in Q1 2019 due to a significant fall in hydropower generation, wind output hit a record high of 105.4 TWh, which ensured that windfarms produced more electricity than hydro plants across Europe for the second successive quarter.

Jean-Paul Harreman, director of EnAppSys BV, said: “The report has produced several notable trends in the European power generation market. The transition from coal to gas has been driven by higher-than-usual carbon taxes in Britain, costs associated with the EU Emissions Trading Scheme (EU ETS) and the acceleration of coal plant closures in several countries.

“This trend is likely to continue, withà‚ Germany looking to phase out coal quicker than originally anticipated and countries such as Estonia continuing to generate a large share of their electricity from high-polluting oil, or shale oil, sources.

“Much of the nuclear output was generated by power plants in France, although a lot of these plants ” and other nuclear plants across Europe ” are being phased out so in time these volumes will have to be replaced by alternative sources.à‚

“Some of the slack will be picked up by hydro plants, which historically have contributed the largest share of renewable generation across Europe. However, in Q1 2019 hydro plants produced 7 per cent less than in the previous quarter and 25 per cent less than in Q1 2018.à‚ The largest source of renewable output in the quarter came from onshore and offshore wind farms, which produced 105.4 TWh of power ” up 8 per cent on Q1 2018 and 57 per cent since the first three months of 2015.”